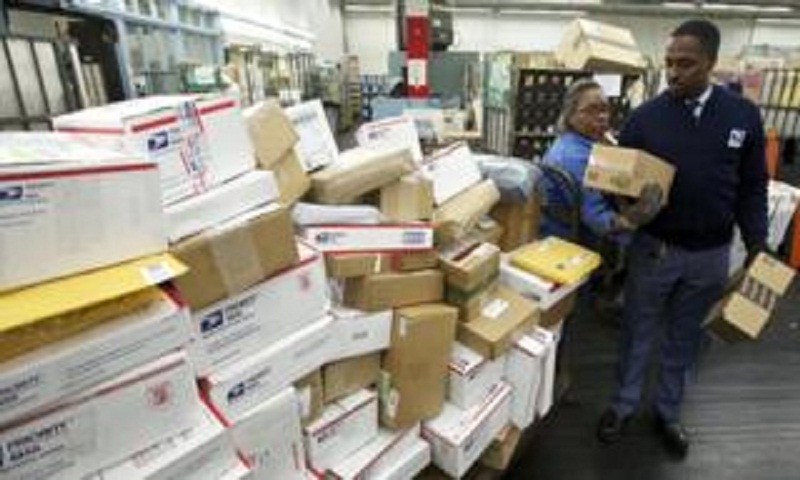 The US has announced plans to withdraw from a 144-year-old postal treaty, which the White House says lets China ship goods at unfairly low prices.
The United Nations treaty sets lower international rates for packages from certain countries, a move originally designed to support poorer nations.

But the US says the discounts put American businesses at a disadvantage.

Officials said they hope the notice of withdrawal will set the stage to agree a better deal.

“We do hope that ultimately we achieve a negotiated outcome.”

The treaty sets limits for charges on parcels under 2kg (4.4lbs) but the US would like to change the treaty to allow countries to set their own rates for these smaller parcels, as they can for packages over that weight limit, officials said.

The rise of international online shopping has resulted in an increase in small packages being sent via the postal system, and American firms say it can now cost more to post an item within the US than it does to send a similar item from Shanghai to the US.

The bid to overhaul the treaty is part of US President Donald Trump’s combative “America First” approach to trade, which has led to tariffs on billions of dollars in goods, attacks on existing trade treaties and criticism of multilateral agreements.

He has frequently singled out China, which exports billions of goods to the US each year.

Officials said the discounts strain the finances of the US Postal Service, facilitate the shipment of counterfeit goods and distort pricing within the US, leading to higher fees for domestic companies.

Due to lower rates, foreign packages cost the US about $300m (£228.5m) each year, according to administration estimates.

International shipping rates are governed by the Universal Postal Union, a unit of the United Nations that traces its roots back to the 1870s.

The US is concerned about how the organisation sets the rates that postal operators in different countries charge one another for handling foreign mail.

But the White House said China – a major global exporter – is now the biggest beneficiary of that system.

Withdrawal from the postal treaty does not take effect for at least one year, setting the stage for talks which could renegotiate its terms.

Separately, the US will begin a domestic process to reset postal rates, which could come into effect in as soon as six months, officials said.

The change is likely to increase shipping costs for packages from China by between 40% and 70%, officials said.

While that could raise shipping fees for consumers buying goods from China, officials said those costs were outweighed by the benefits of ending the “economic distortion”.

The US Postal Service and companies such as Amazon and FedEx have complained about the discounts for foreign shippers – officially known as terminal dues – for many years.

The Universal Postal Union had already begun to change the rates, which are set every four years, in response to the concerns. “All but the least developed countries” are expected to face the same rates by 2021, according to a 2017 US government report on the issue.