Don't Miss
Home / Bangladesh / Work for people, not for making own fortune, PM to public representatives

Work for people, not for making own fortune, PM to public representatives 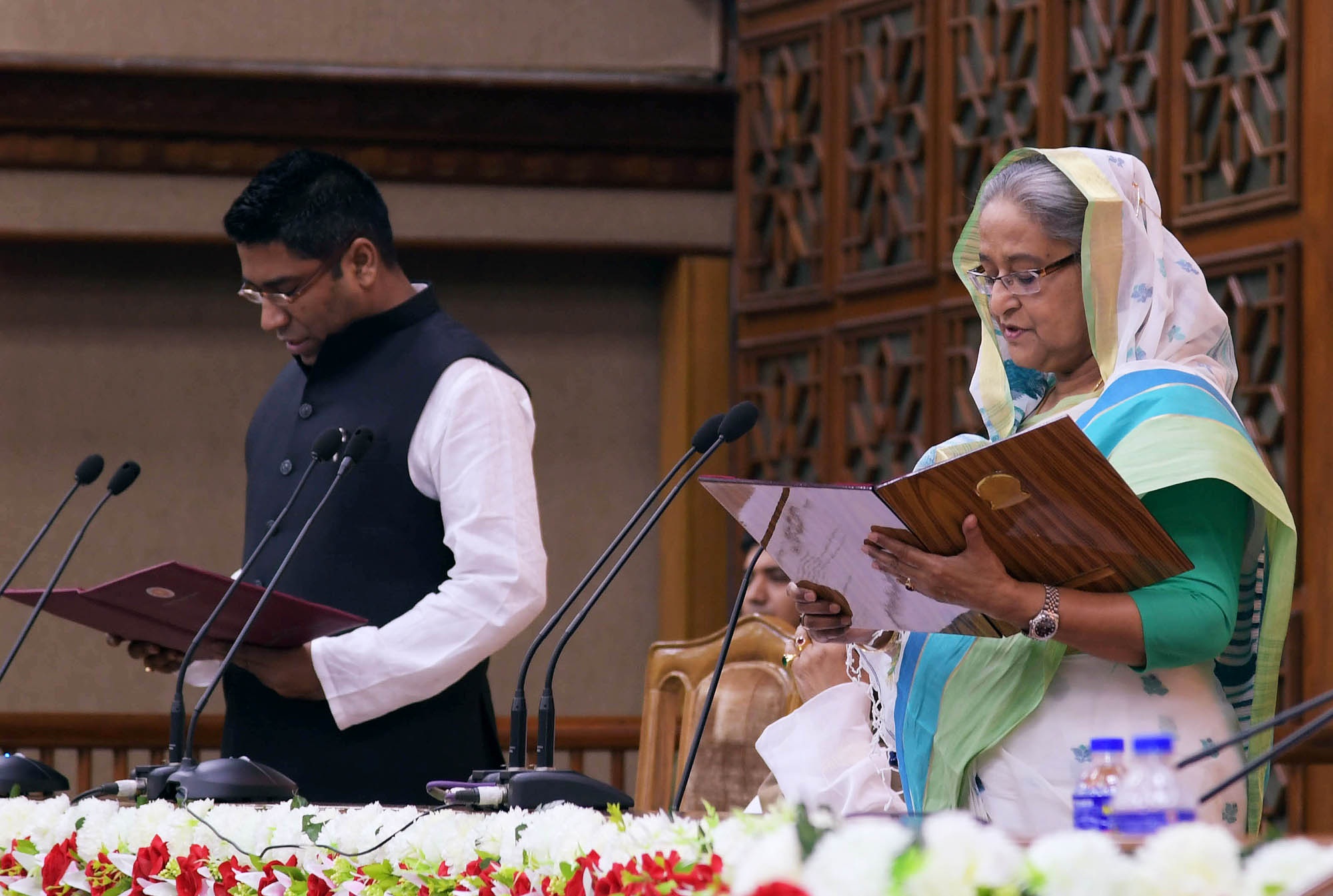 Dhaka, Oct 22 : Prime Minister Sheikh Hasina on Monday asked the public representatives to work for the welfare of people, not for making own fortune.

“You’re elected representatives. People cast votes for you. You’ll have to evaluate every voter. You’ll have to be sincere so that all can enjoy civic amenities,” she added.

Prime Minister Sheikh Hasina said this at the oath-taking ceremony of newly elected mayor of Barishal City Corporation Serniabat Sadiq Abdullah held at Shapla Hall of her office. She administered the oath.

Later, the newly elected 30 councillors of general wards and 10 female councillors of the reserved seats of Barishal City Corporation were also sworn in at the same venue.

Speaking on the occasion, the Prime Minister urged the newly elected mayor and councillors to be sincere so that every penny of development allocations can properly be used for the wellbeing of people.

“We’ve taken massive development programmes. You’ll have to be sincere so that every penny of the development allocation we provide is used for the welfare of people,” she said.

Sheikh Hasina said Awami League has been in power for nearly 10 years from 2009-2018. “We announced ’the Charter of Change’ in the election manifesto. Today, the change has truly come in the lives of people. The poverty rate has declined, while the per capita income increased.”

She said now 90 percent of the national budget is implemented with the country’s own financing.

Hasina also urged them to work for protecting the young generation from terrorism, militancy and drugs. “We want to build terrorism-, militancy- and drug-free Bangladesh.”

Thanking those who cast votes for Awami League’s election symbol ‘Boat’ in the city election, Sheikh Hasina, also the AL President, urged the public representatives to convey her message to people that she seeks their votes for the Boat in the next general election.

2018-10-22
Mr. Admin
Previous: Bangladesh win by 28-run against Zimbabwe
Next: Sedentary lifestyle worse for your health than smoking

Five children of a family killed in Taknaf landslide

Another ‘Oxygen Express’ from India arrives in Bangladesh