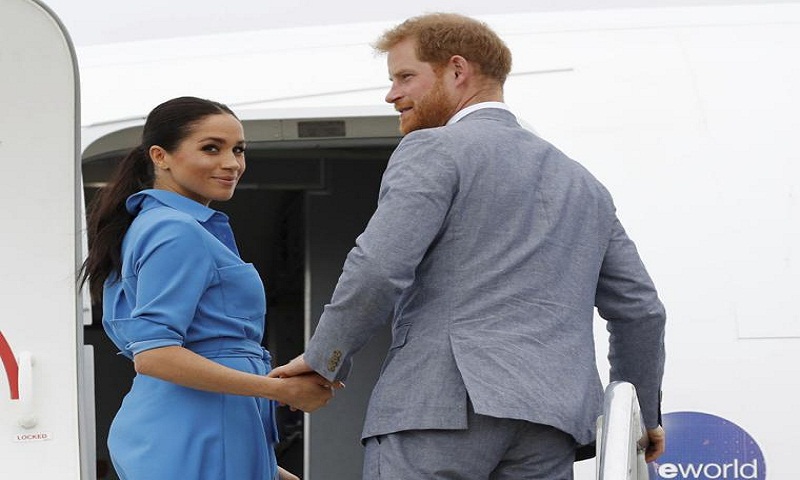 The Duke and Duchess of Sussex on Friday dedicated two forest reserves in Tonga as they continued their trip of the South Pacific.
Prince Harry said Tonga is leading by example and “understands deeply” the impact of environmental changes because the islands of the archipelago are directly affected.

Harry and wife Meghan visited Tupou College to make the dedication. The high school was founded in 1866 and is believed to be the oldest in the region. It’s home to the last remaining forest on Tonga’s main island, Tongatapu. The other reserve is on the island of Eua.

“Planting trees and conserving forests helps us in so many ways,” Harry said. “It is a simple but effective way to restore and repair our environment, clean the air and protect habitat.”

The couple dedicated the two reserves to the Queen’s Commonwealth Canopy environmental initiative, which was started in 2015 and has been signed on to by 42 of the Commonwealth’s 53 countries.

Earlier in the day, the royal couple visited an exhibition celebrating Tongan handicrafts, including traditional mats and tapa cloth. They also met with political leaders.

Tonga, home to just 106,000 people, is also known as the friendly islands. It was a British protectorate before gaining independence in 1970 and remains a part of the Commonwealth group of nations.

On Friday afternoon, the couple left Tonga bound for Australia, where they began their 16-day tour of four nations.

They are returning to Australia to catch the final days of the Invictus Games, which Harry founded in 2014. The games give sick and injured military personnel and veterans the opportunity to compete in sports such as wheelchair basketball.

After Australia, the couple will finish their trip with a four-day visit to New Zealand.

Bhringraj oil: The undisputed king of the oil kingdom