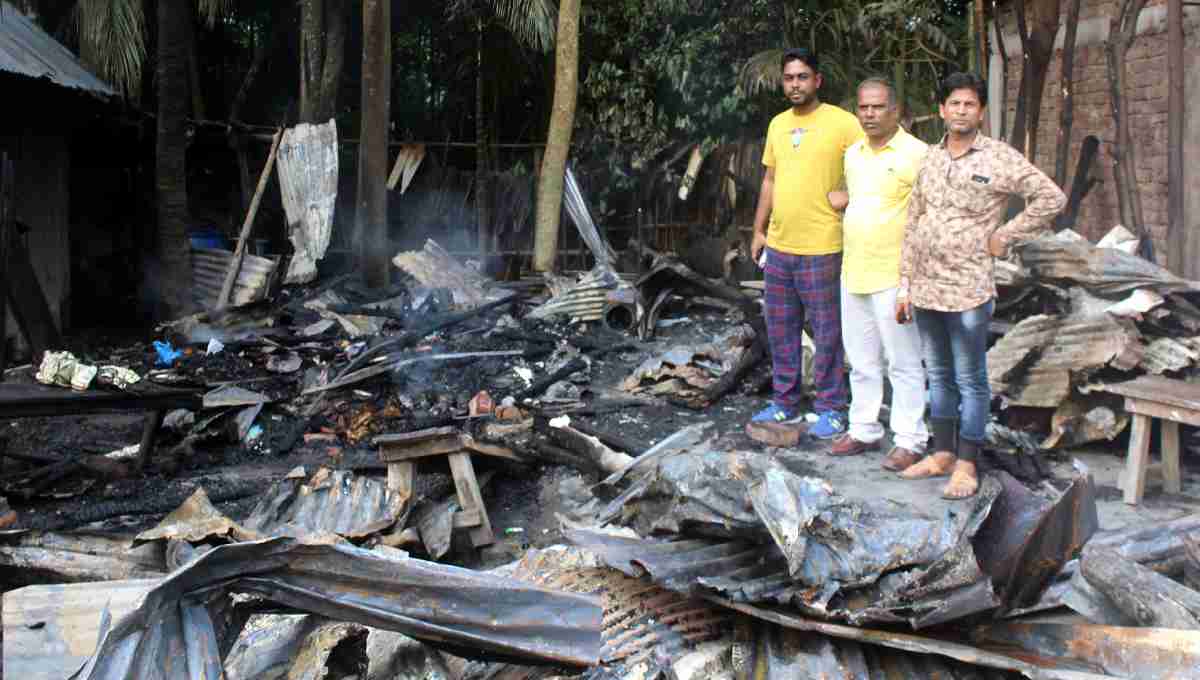 Miron Sheikh, president of no 1 ward unit Awami League, said a fire broke out at the office in the dead of night as a group of miscreants set the office on fire by pouring petrol.

The fire also spread to three adjacent shops in the area.

On information, a firefighting unit rushed to the spot and extinguished the blaze after half an hour.

The fire gutted valuables and furniture of the office.

SM Ziaul Haq, officer-in-charge of Sadar Police Station, said police visited the spot on Wednesday morning and action will be taken against those involved in the incident after investigation.