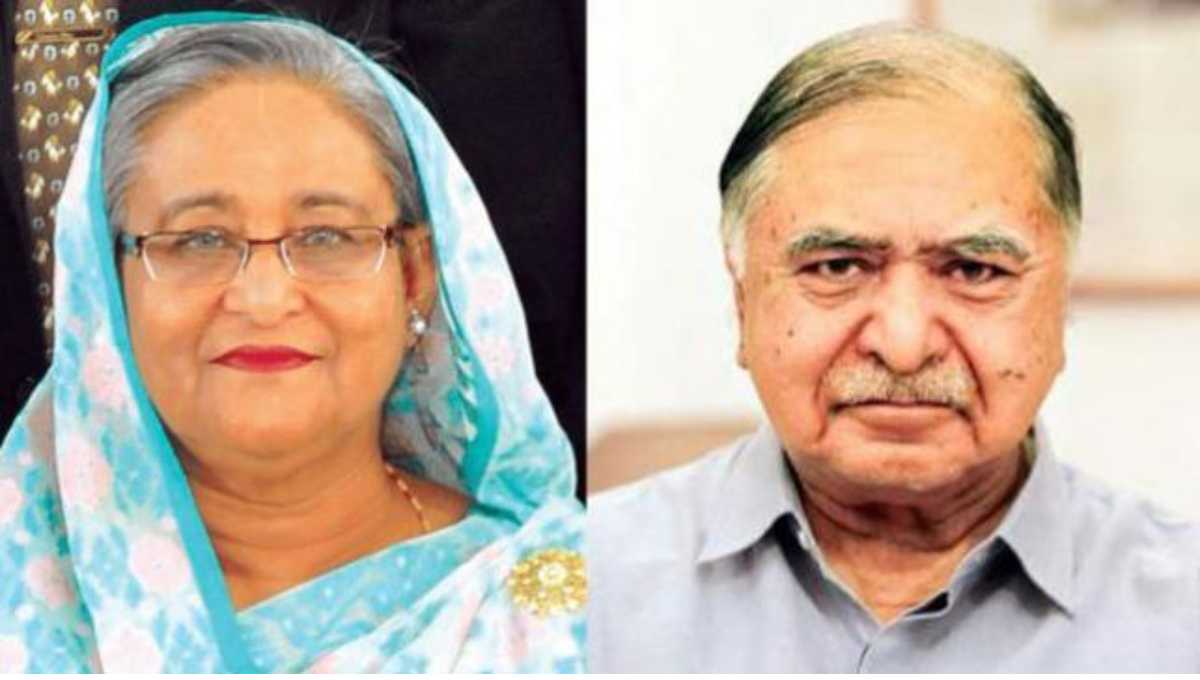 Dhaka, Nov 7 : Leaders of Jatiya Oikyafront sat in their second round of dialogue with 14-party alliance leaders, led by Prime Minister Sheikh Hasina, on Wednesday morning in an effort to reach an understanding over the forthcoming national election.

The meeting between Dr Kamal Hossain-led Jatiya Oikyafront and the 14-party started around 11:00 am at the Prime Minister’s official residence Ganobhaban.

During the talks, Oikyafront leaders may present various points as to how parliament can be dissolved as per the current constitution.

They also may place various proposals in line with the Constitution on how the President can form a new government after the dissolution of parliament.

The Prime Minister will deliver a winding-up speech over the outcomes of the ongoing political dialogues at a press conference at Ganobhaban at 12 noon on Thursday.

On November 1, a 23-member delegation of 14-party, led by Sheikh Hasina, sat in talks at Ganobhaban with Dr Kamal Hossain-led 20-member Oikyafront team.

After the meeting, Oikyafront leaders said they placed their seven-point demand before Prime Minister Sheikh Hasina but did not find any specific solution except some good words about rallies and meetings.

On Sunday, Kamal Hossain, on behalf of the Oikyafront, sent a letter to Awami League President and Prime Minister Sheikh Hasina seeking the second phase of small-group talks with her over the next general election.

In respond to the letter, the Prime Minister invited the Oikyafront to hold the second round of talks.

Besides, Dr AQM Badruddoza Chowdhury-led Jukta Front sat in dialogue with the Prime Minister and her 14-party alliance leaders on November 2, while HM Ershad-led Jatiya Party on November 5, leaders of 12 Islamic parties on November 6 and leaders of Left Democratic Alliance on November 6.