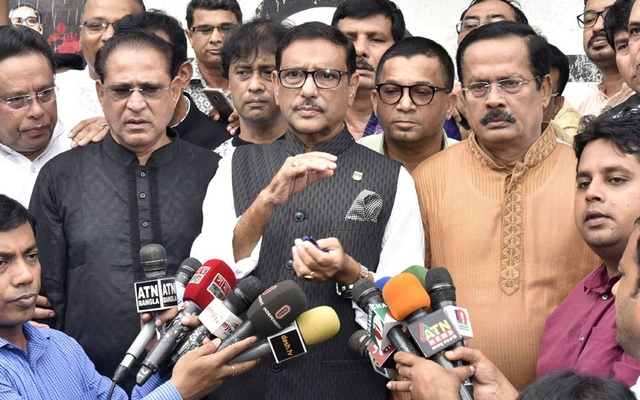 The Prime Minister urged the Oikya Front leaders to take part in the election as a level- playing field will be created for making the election acceptable, said Quader, also the Road Transport and Bridges Minister.

During the meeting, the Oikya Front leaders demanded dissolution of parliament, holding of polls within 90 days of its dissolution and formation of neutral government with 10-member advisors, he said.

But their demand could not be granted as it is unconstitutional, he said.

“Nothing will be done going beyond the Constitution,” he added.

2018-11-07
Mr. Admin
Previous: Oikya Front in dialogue with 14-party alliance over elections
Next: Two Muslim women on track to win elections to US Congress