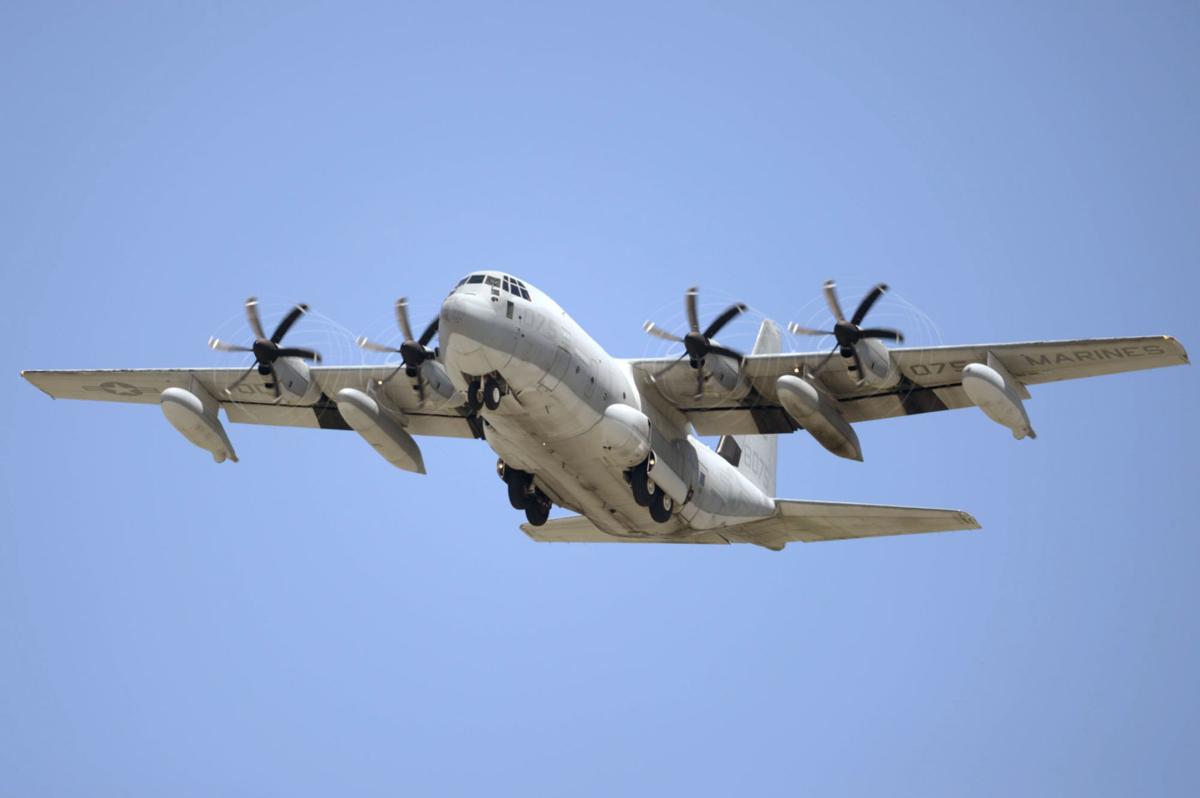 Photo: A U.S. Marine Corps’ KC-130 refueling plane in Ginowan city, Okinawa, southwestern Japan. A search is under way off for crew members from two Marine Corps planes, a F/A-18 and a refueling plane, involved in what officials called a “mishap” off the coast of Japan, Thursday, Dec. 6, 2018

Tokyo, Dec 8 : The U.S. Marines have identified a fighter pilot who died after his jet collided with a refueling aircraft during training off Japan’s coast, leaving five other Marines missing and one rescued.

Two pilots were flying an F/A-18 Hornet that collided with a KC-130 Hercules about 2 a.m. Thursday. The other pilot was rescued and the crew of the refueling plane is missing.

“The Bats are deeply saddened by the loss of Captain Jahmar Resilard. He was an effective and dedicated leader who cared for his Marines and fellow fighter pilots with passion,” Lt. Col. James Compton, commanding officer of the squadron, said in a statement.

“His warm and charismatic nature bound us together and we will miss him terribly,” he added.

The Marines said that the two planes were involved in routine training, including aerial refueling, but that it was still investigating what caused the crash.

President Donald Trump tweeted that his thoughts and prayers were with the Marine Corps crew members involved in the collision. He thanked U.S. Forces in Japan for their “immediate response and rescue efforts” and said “Whatever you need, we are here for you.”

The crash is the latest in recent series of accidents involving the U.S. military deployed to and near Japan.

Last month, a U.S. Navy F/A-18 Hornet from the aircraft carrier USS Ronald Reagan crashed into the sea southwest of Japan’s southern island of Okinawa, though its two pilots were rescued safely. In mid-October, a MH-60 Seahawk also belonging to the Ronald Reagan crashed off the Philippine Sea shortly after takeoff, causing non-fatal injuries to a dozen sailors.

More than 50,000 U.S. troops are based in Japan under a bilateral security pact.

2018-12-08
Enamul Haque Renu
Previous: US jobs growth slows in November
Next: Khaleda ineligible for election as EC rejects her appeals