Upset by attacks, Moudud decides not to go for electioneering 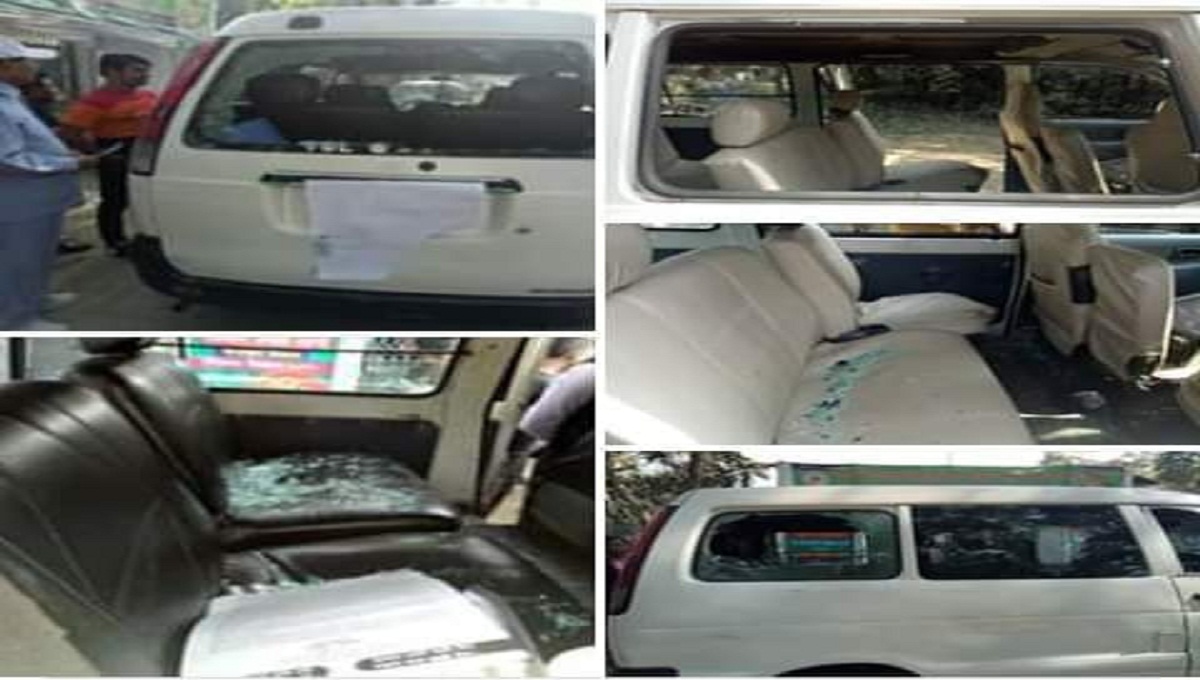 Photo: A group of ruling party activists vandalize BNP candidate for Noakhali-5 seat Moudud Ahmed’s car at Natunbazar around 11am of the district.


Noakhali, Dec 24 : After being attacked reportedly by the supporters of his opponents, BNP candidate for Noakhali-5 seat Moudud Ahmed on Monday decided not to carry out any electioneering until his security is ensured.

“I’ve decided to withdraw myself from election campaign after being subjected to a serious attack today (Monday),” he told UNB over phone.

Moudud, a BNP standing committee member, said he already informed the returning officer and army officials here about the incident. “I told them I won’t carry out electioneering until adequate security for my life is ensured.”

Narrating the attack on him, the BNP leader said he was going to carry out election campaign at Natunbazar around 11am. “As my motorcade reached the bazar area, a group of ruling party activists equipped with rods and sticks attacked us and starting vandalising my car and another vehicle of my motorcade. They badly damaged the two vehicles.”

He alleged that he could have died the way the ruling party men attacked his vehicle. “Allah saved me, but my five followers were injured badly. “It’s a matter of wonder they attacked a candidate like me.”

Moudud said the ruling party activists also attacked his supporters at Chaprashirhat, leaving many of them injured. “After such attacks, I returned home stopping electioneering as my life is not safe.”

2018-12-25
Mr. Admin
Previous: PM seeks cooperation of all in making country prosperous
Next: Election will be free, fair and participatory: Muhith