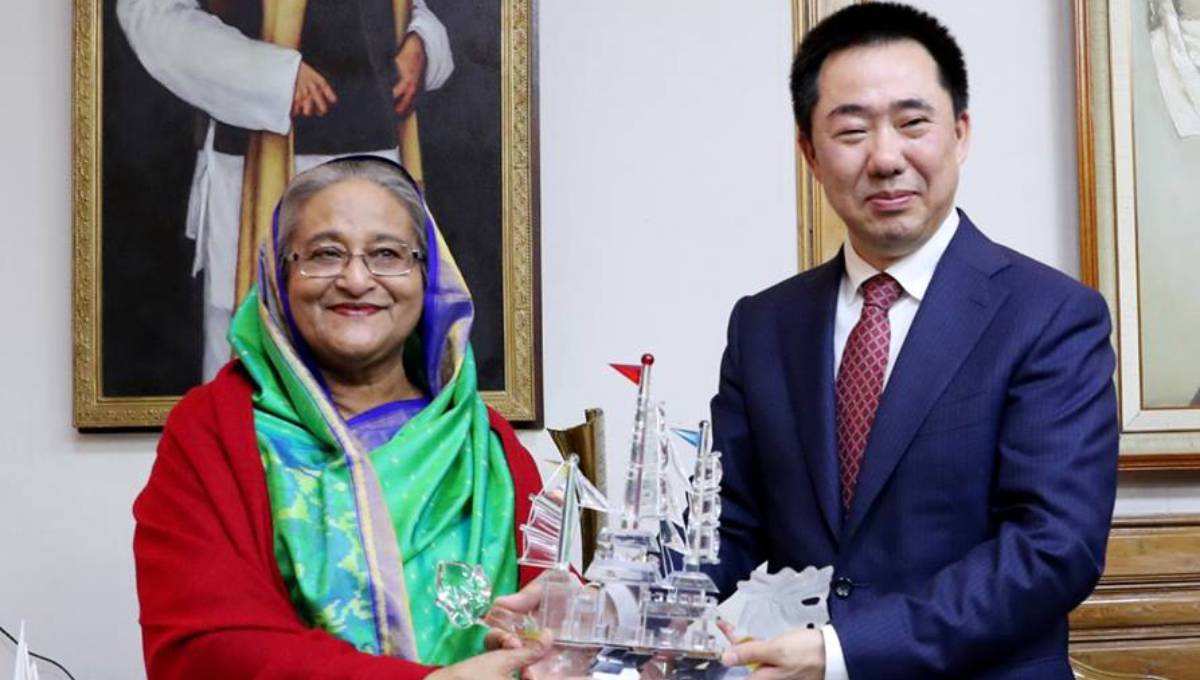 The ambassador highly appreciated Prime Minister Sheikh Hasina’s leadership for development of Bangladesh and hoped that her Vision-2021 will be materialised and the country will be turned into a middle income country by 2021 under her dynamic leadership.

Zhang Zuo also hoped that Bangladesh will be able to bring down poverty rate to zero soon due to the farsighted programmes of Bangladesh Prime Minister.

The Chinese envoy expressed hope that the strategic and mutual cooperation between the two countries will continue in the days to come.

The Chinese envoy paid tributes to Father of the Nation Bangabandhu Sheikh Mujibur Rahman, terming him a great leader of the world.

At the meeting, the Prime Minister thanked the Chinese President and Prime Minister for congratulating her and appreciated continued support of Beijing for the development of Bangladesh.

Describing China as a great friend of Bangladesh, Sheikh Hasina expects more investment from China during next five years of her tenure.

2018-12-31
Mr. Admin
Previous: Textbook festival to be held Jan 1
Next: This is another victory in the month of victory: Prime Minister