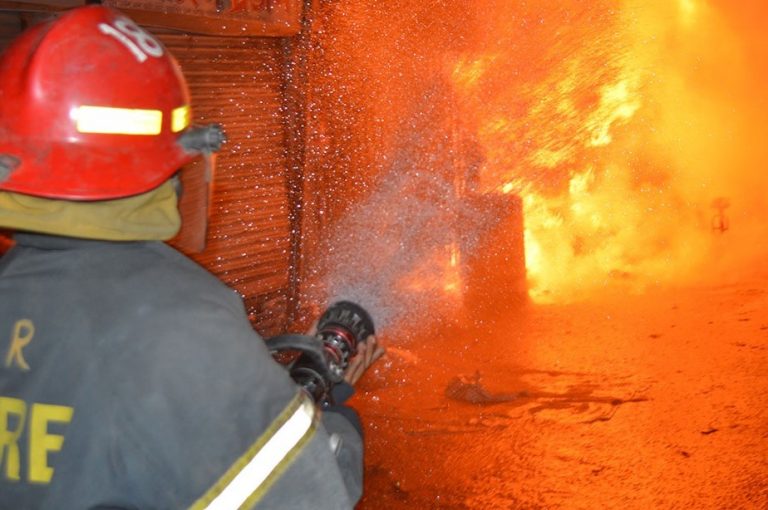 Seventeen shops were gutted as a fire broke out at Sadarghat Hawkers’ Market in Old Dhaka early Sunday.
Mahfuz Riven, a duty officer at the Fire Service Headquarters, said the fire broke out at the market around 3:45am.

On information, nine fire-fighting units rushed in and brought the fire under control around 4:45am. The fire was totally doused around 6:30am, Mahfuz said.He said two firefighters were also injured while extinguishing the fire.

Shams Arman, a senior station officer at Sadarghat Fire Station, said the fire burned down 17 shops of the market.