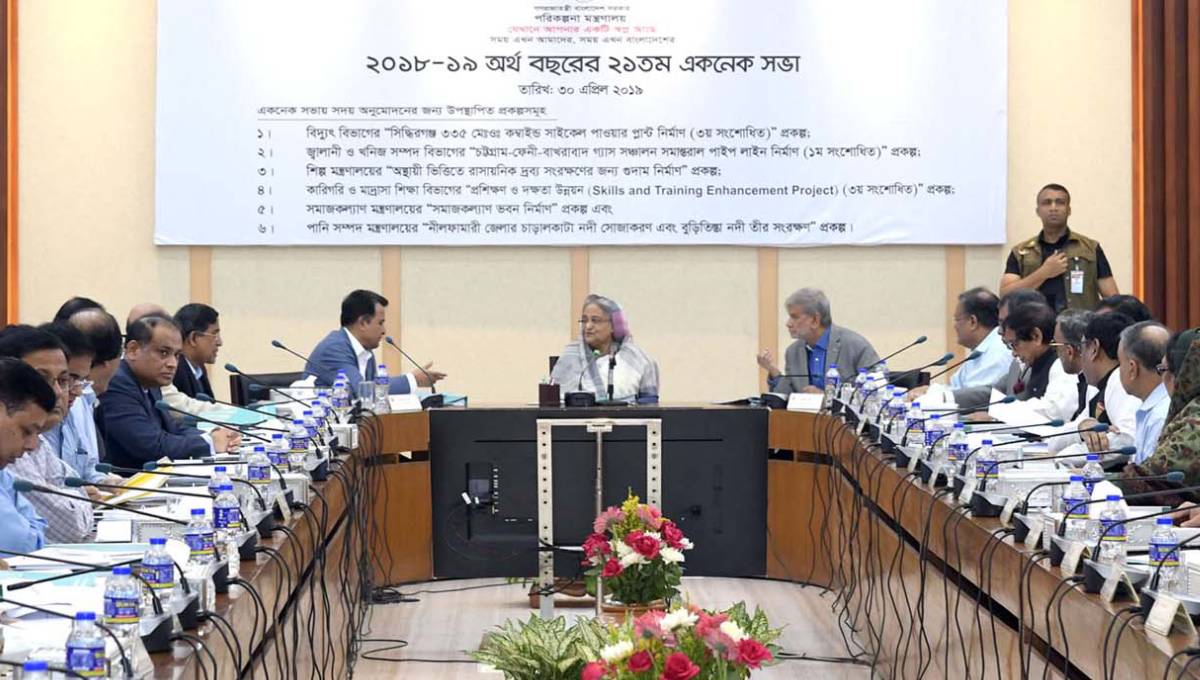 Dhaka, Apr 30 : The Executive Committee of the National Economic Council (Ecnec) at a meeting on Tuesday approved a Tk 79.42-crore project to construct 54 chemical warehouses at Kadamtoli in Shyampur here for temporarily relocating chemical godowns from Old Dhaka.

Held at the NEC conference room with Ecnec Chairperson and Prime Minister Sheikh Hasina in the chair, the meeting approved a total of seven projects involving an estimated cost of Tk 10,116 crore.

Of the total project cost, Tk 4,405.78 crore will come from the national exchequer, while Tk 489.50 crore from organisations’ own funds and the rest of Tk 5,220.49 crore from project assistance, Mannan said.

Of the seven projects, three are new while the four are revised ones.

The minister said Bangladesh Chemical Industries Corporation (BCIC) will implement ‘the construction of godowns for storing chemical goods on temporary basis project’ by June 2020 at a cost of Tk 79.42 crore to set up the chemical goods in a safe place relocating the risky chemical items from Old Dhaka.

Two effluent treatment plants (ETPs) will also be installed there, the minister said.

The main objectives of the project are to relocate the chemical factories and godowns in Old Dhaka to an environment-friendly and less populated area in Munshiganj.

The chemical industrial park will be set up on 310 acres of land at Sirajdikhan in Munshiganj. The park will accommodate some 2,154 industrial plots which is expected to create some 50,000 jobs.

According to the Planning Commission, there are some 4,000 chemical industries and godowns in Old Dhaka and those put the lives of locals at stake.

Prime Minister Sheikh Hasina at the meeting directed the authorities concerned to allocate the plots against the chemical businessmen of Old Dhaka in the chemical industrial park on priority basis, the Planning Minister said.

She said no chemical factory or godown should be there in Old Dhaka.

During the approval of the Chattogram-Feni-Bakhrabad gas transmission parallel pipeline construction project, (1st Revised) with Tk 2,479.41 crore, Hasina asked the authorities concerned to mark the land under which the gas transmission lines will go through.