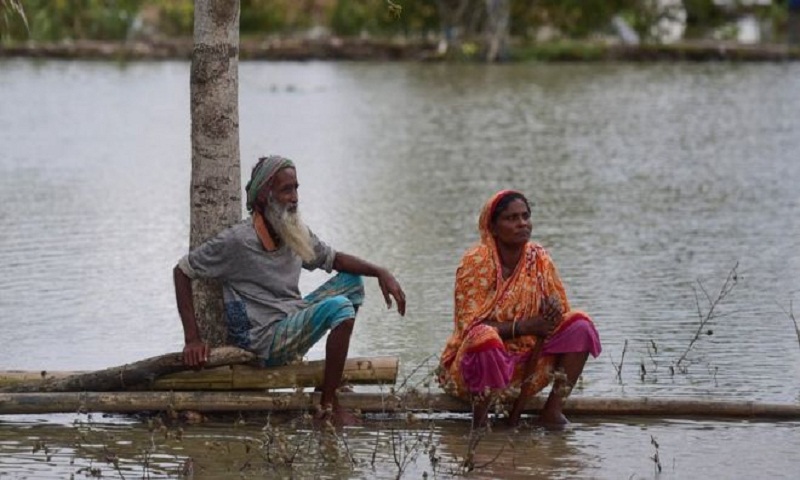 The cyclone was downgraded to a depression as it swept north-eastwards from India into Bangladesh on Saturday, but was still powerful enough to submerge dozens of villages on the low lying coast.
Gusts of up to 70km/h (43mph) were registered.

Houses were also destroyed in the Noakhali district, where 30 people were injured and two children killed, one aged 12 and another two years old.India also moved more than a million people to safety to avoid Cyclone Fani.

A least 16 people were killed by the storm when it hit India on Friday, but officials said the loss of life could have been far worse.

Early cyclone warning systems have since improved, giving authorities more time to evacuate people. The chief minister of Orissa said this was one of the largest evacuations in human history.