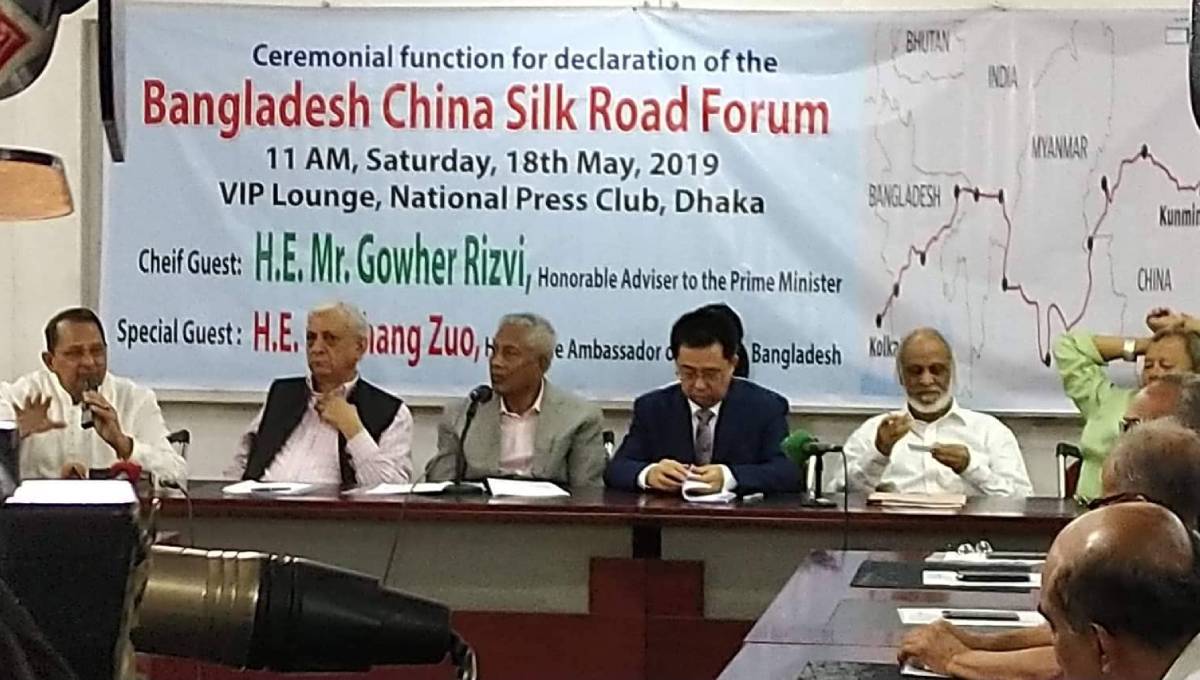 Dhaka, May 18 : Chinese Ambassador to Bangladesh Zhang Zuo on Saturday said Bangladesh and China need to work together to push the bilateral relations towards a new era and better future bringing more benefits to both peoples.

“As next year will mark the 45th anniversary of China-Bangladesh diplomatic ties, we need to work together to create a congenial atmosphere for cooperation, and deepen our policy connectivity and people-to-people bond,” he said.

The Chinese envoy was addressing a launching ceremony of Bangladesh-China Silk Road Forum held at the Jatiya Press Club.

Ambassador Zuo said the Bangladesh-China Silk Road Forum has been launched at the right moment when there is a lot to be achieved.

He said Bangladesh’s diplomatic policy of “Friendship to all, malice to none”, and President Xi Jinping’s Thought on Diplomacy, both have provided new opportunities for win-win cooperation for the two countries.

The envoy said Bangladeshi people’s dream of a strong and wealthy nation, manifested in the dream of ‘Sonar Bangla’, and the Chinese dream of national rejuvenation pursued by the Chinese people is interconnected and share many common merits.

He hoped the Forum would pay attention to telling good stories about China-Bangladesh friendship, passing on the voices in the communication and exchanges between the two countries, and building this forum into an important bridge for China-Bangladesh connectivity.

Dr Rizvi talked about the importance of Belt and Road Initiative (BRI) and Bangladesh’s relevance to join the initiative.

Dilip Barua said the concept of Silk Road is important for Bangladesh’s economic development with enhanced connectivity on all fronts.

He said a 49-member Forum is formed under his leadership with The Financial Express Executive Editor Shahiduzzaman Khan as its secretary general.

The Chinese envoy said Bangladesh is an important partner for China in the BRI and in production capacity cooperation in South Asia and the Indian Ocean region from every angle, including its location, the size of its population, it market potential and the cooperation scope.