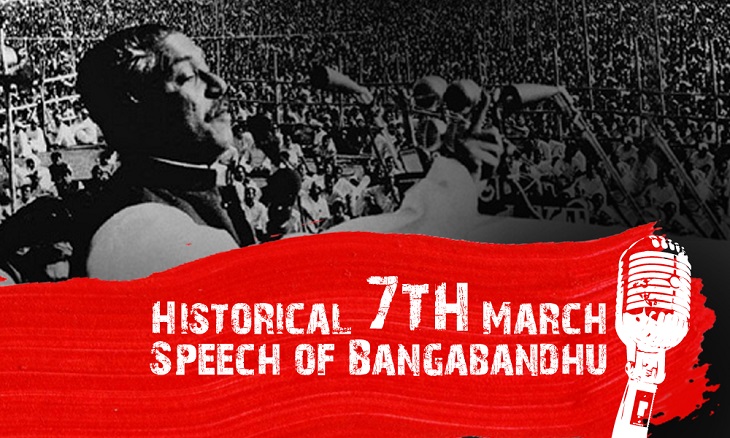 The Japanese version of the historic 7th March speech delivered by the Father of the Nation Bangabandhu Sheikh Mujibur Rahman at the then Race-Course Ground in 1971 has been published by the Embassy of Bangladesh, Tokyo.
The speech was translated into Japanese as the first foreign language after English.

Prime Minister Sheikh Hasina, while visiting Japan on May 29, launched and unwrapped the booklet of Japanese edition of 7th March speech.The booklet will be distributed to the educational institutions and other important institutions in Japan, said the Bangladesh Embassy in Tokyo on Monday.

Bangabandhu’s ‘Unfinished Memoir’ and a graphic novel ‘Mujib’ were also translated into Japanese as the first foreign language after English.

In November 2018, graphic novel ‘Mujib’ was launched in Tokyo by the younger daughter of Bangabandhu Sheikh Rehana and Akie Abe, the First Lady of Japan.