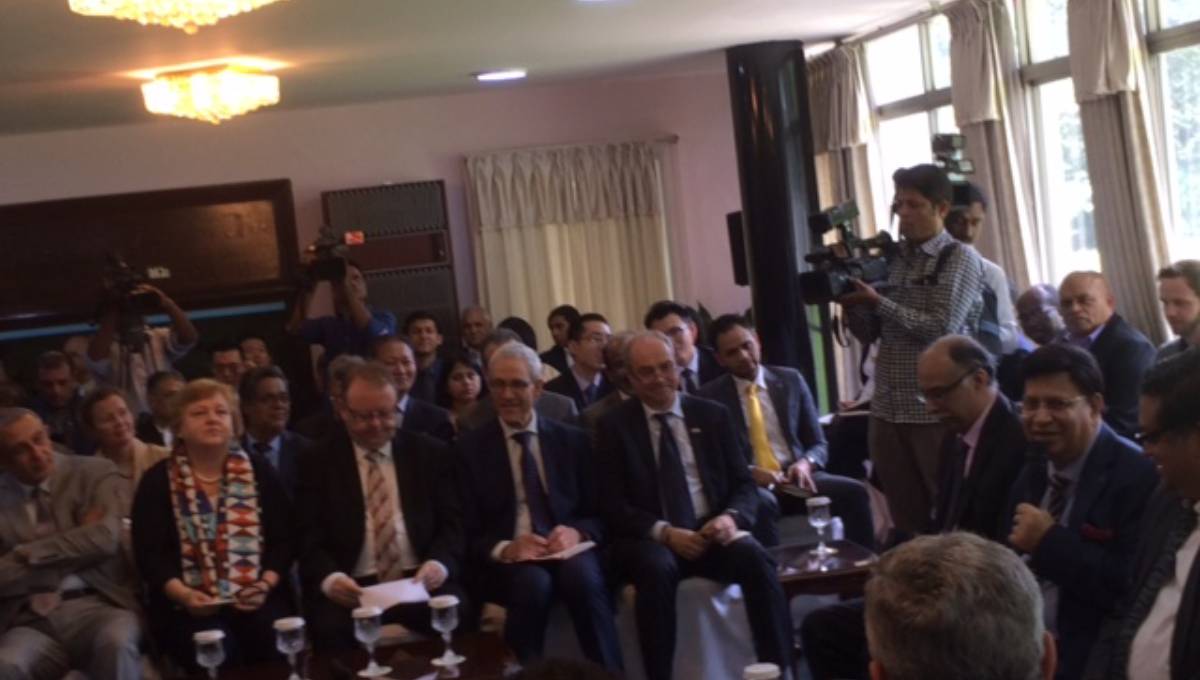 Dhaka, June 12 : Bangladesh has urged the international community to ramp up pressure on Myanmar so that it creates a conducive environment for Rohingya repatriation.

“They told us that they’re with us. We told them to increase pressure on Myanmar to create a conducive environment,” he told the media. “Almost all of them agreed to do so.”

In the briefing at State Guest House Padma, Momen expressed dissatisfaction over Myanmar’s failure to ensure security and conducive environment in Rakhine State in line with the provisions of the bilateral instrument for the repatriation of Rohingyas.

Bangladesh is now hosting over 1.2 million Rohingyas. Most of them came here after the Myanmar military launched a brutal offensive in the pretext of a ‘clearance operation’ on August 25, 2017.

Refugees and rights groups have accused the military and its local collaborators of crimes, including murder, rape, torture, loot, and arson.UN’s top human rights official described Myanmar’s crackdown and treatment of Rohingyas as a “textbook example of ethnic cleansing”.

Although Dhaka and Nay Pyi Taw have signed an agreement for repatriation, there has apparently been no progress.

Prime Minister Sheikh Hasina has blamed Myanmar’s reluctance to take back its people as a major barrier to the repatriation. “The problem lies with Myanmar. It (Myanmar) in no way wants to take them back. There’s the problem,” she told the media on Sunday.

During Wednesday’s briefing, Foreign Minister Momen sought comprehensive engagements and decisive actions from the international community for the earliest repatriation of the forcibly displaced Rohingya population and their reintegration in Myanmar with safety and dignity.