Rohingya crisis liability for all: Luxembourg 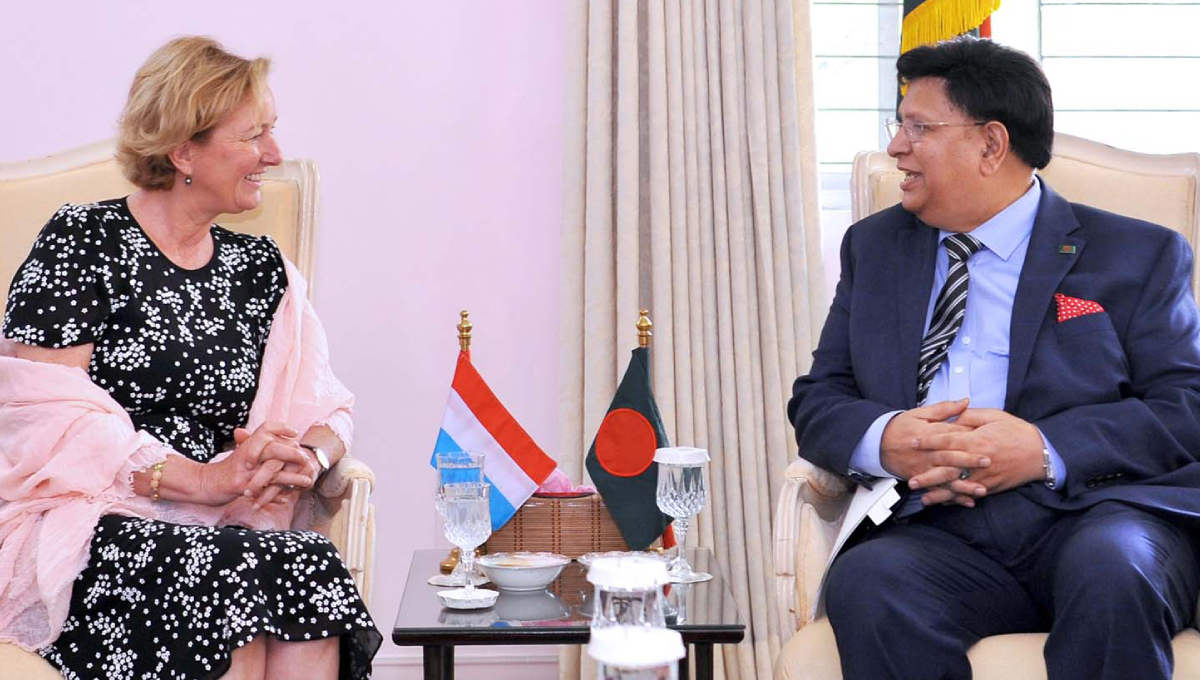 Photo: PID
Dhaka, June 12 : Minister for Development Cooperation and Humanitarian Affairs of the Grand Duchy of Luxembourg Paulette Lenert on Wednesday termed the Rohingya crisis a ‘liability for all’ and assured to extend continued support for a durable and peaceful solution to it.

Secretary (Bilateral and Consular), Director General (West Europe and EU) and Director (Foreign Minister’s Office) were present at the meeting.

The Luxembourg Minister was accompanied by a five-member delegation.

He also thanked the government of Luxembourg for its support, including humanitarian assistance, for the Rohingyas.

Citing Prime Minister Sheikh Hasina’s generosity in hosting a large Rohingya community in Bangladesh, the Bangladesh Foreign Minister urged international community, particularly Luxembourg, to mount pressure on Myanmar authorities to take sincere and visible steps to create “conducive environment” in Rakhine State so that Rohingyas can go back to their ancestral homes in Myanmar in safety and security.

He also urged the international community to take decisive steps to ensure accountability of the atrocities committed against Rohingyas.

Foreign Minister Dr Momen encouraged exchange of business and trade delegations between the two countries to explore the untapped business and investment opportunities in Bangladesh.

He called upon the Development Cooperation Minister for bilateral cooperation focusing on private sector development, including skills/SMEs leading to creating mutually beneficial economic and business partnerships for both countries.

In that context, she urged early conclusion of the ‘Air Services Agreement’ between Bangladesh and Luxembourg.

She offered to extend “sustainable finance” for Bangladesh’s journey towards achieving 2030 Agenda for Sustainable Development.

With a view to making the existing bilateral relations deeper and wider, Bangladesh Foreign Minister urged the Luxembourg authorities to establish a resident diplomatic mission in Dhaka or at least designate the Embassy of Luxembourg in New Delhi to be concurrently accredited to Bangladesh.

Currently, the Embassy of the Kingdom of Netherlands in Dhaka looks after official business on behalf of the Ministry of Foreign Affairs of Luxembourg.

The Luxembourg Minister and her entourage are scheduled to visit Rohingya Camps in Cox’s Bazar later in the day.

On Tuesday, the delegation visited Savar, Gaibandha and Kurigram to see development projects funded by the government of Luxembourg.

Foreign Minister Momen appreciated Luxembourg for their assistance in the development of Bangladesh through NGOs like CARITAS.