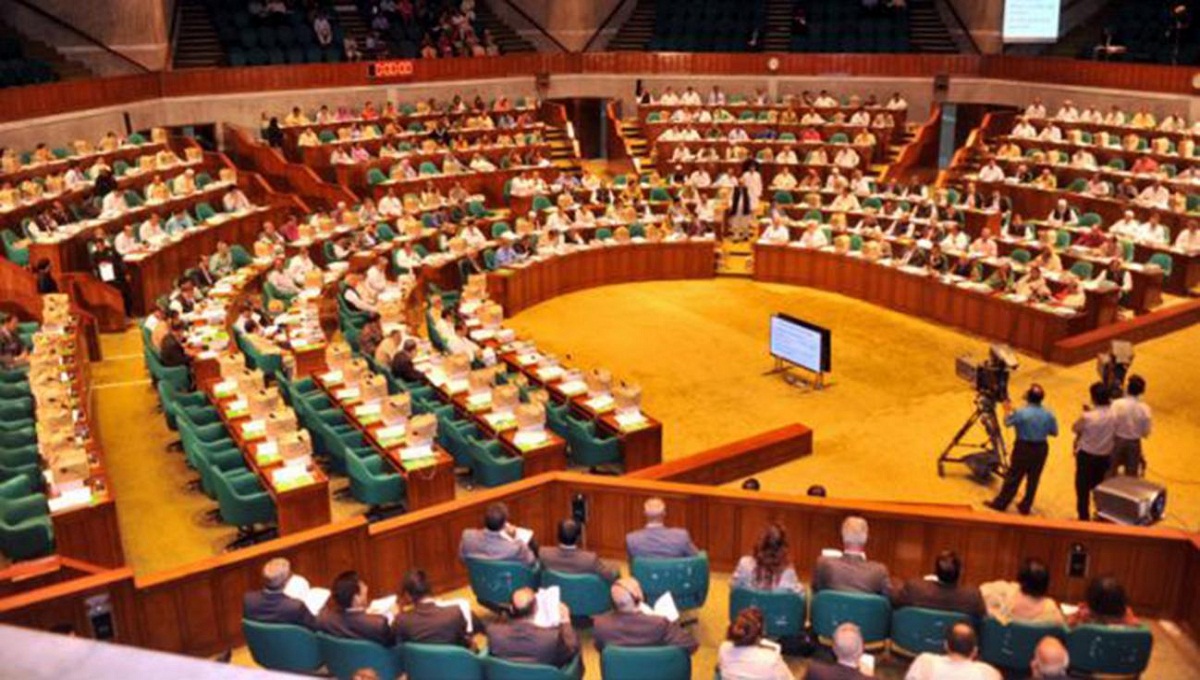 Dhaka, June 12 : Bangladesh is set to enter a new era as the new finance minister of the Awami League government, which is in its 3rd term in a row, will place the national budget in Parliament on Thursday after a span of 10 years.

Finance Minister AHM Mustafa Kamal is going to unveil the financial outplay in the House from 3pm.

Kamal, who took over the charge of the Finance Ministry in January last, will place the Tk 523,190 crore budget, country’s overall 48th and Awami League government’s 20th, after the special cabinet meeting, which will be held in the cabinet room of the Sangsad Bhaban at 12:30pm and authentication of the President.

As the Finance Minister said it earlier, the new budget for the 2019-20 fiscal year will propose some changes in the financial measures, including implementation of the restructured VAT law to attain an 8.20 percent GDP growth maintaining a 5.5 percent inflation rate.

According to sources at the Finance Ministry and the National Board of Revenue (NBR), the new budget will implement a good number of welfare-oriented initiatives as well as bring some reform initiatives in the banking sector, capital market, savings certificates and the social safety net programmes.

For the next fiscal year, the revenue target has been set at Tk 377,810 crore, which is 17.92 percent more than that in the outgoing fiscal year.

It will also give some positive indications for the much-talked-about Monthly Payment Order (MPO) system for enlisting educational institutions as the government has decided to allocate Tk 1,150 crore to bring around 3,000 more institutions under the system, which remained suspended for several years.

There will be an introduction of the ‘Start-up Fund’ from where youths will be able to take soft-term loans to run their ventures.

The longstanding crop insurance might be introduced on pilot basis aiming to expand it across the country in phases while expatriate Bangladeshis will be under the insurance facilities to minimise their various uncertainties.

According to the NBR sources, the new VAT law, which will come into effect in July, will not increase the VAT on any item and it will be applicable for the tax rate, too.

The new budget will put emphasis on expanding the tax and VAT net through various types of surveys across the country. The NBR will appoint some 10,000 fresh university graduates through outsourcing to identify new taxpayers through door-to-door survey to bring around 1 crore new taxpayers under its tax net.

According to the sources, incentives will be given to remitters to send money from abroad through official channels.

The government also plans to bring an additional 14 lakh people under the social safety net programmes allocating Tk 5,321 crore to raise the overall number of such beneficiaries to 89 lakh.

The highest expenditure of Tk 69,260 crore will go for the salary and allowances of government employees.

The development budget will be Tk 202,721 crore which is 21.38 percent higher than the outgoing fiscal year.

To meet the 5 percent budget deficit which will be Tk 1,41,212 crore, the government is likely to borrow Tk 63,848 crore from foreign sources while the remaining Tk 77,363 crore from local sources.