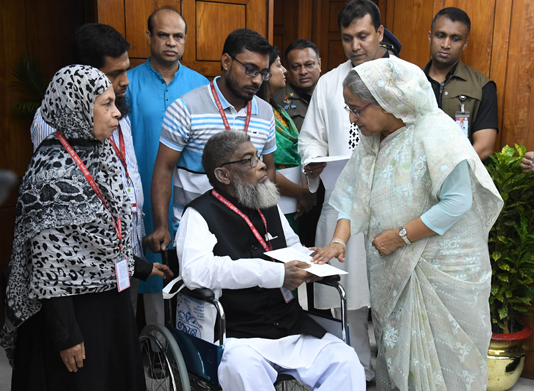 Dhaka, June 13 : Prime Minister Sheikh Hasina Wednesday gave financial assistance of Taka 3.05 crore to 10 individuals and one organisation.
The prime minister handed over cheques for the amount to them at her Jatiya Sangsad Office.

President of the association Advocate Md Jalal Uddin Khan and General Secretary Advocate Badar Uddin Ahmed received a cheque from the prime minister in this regard.