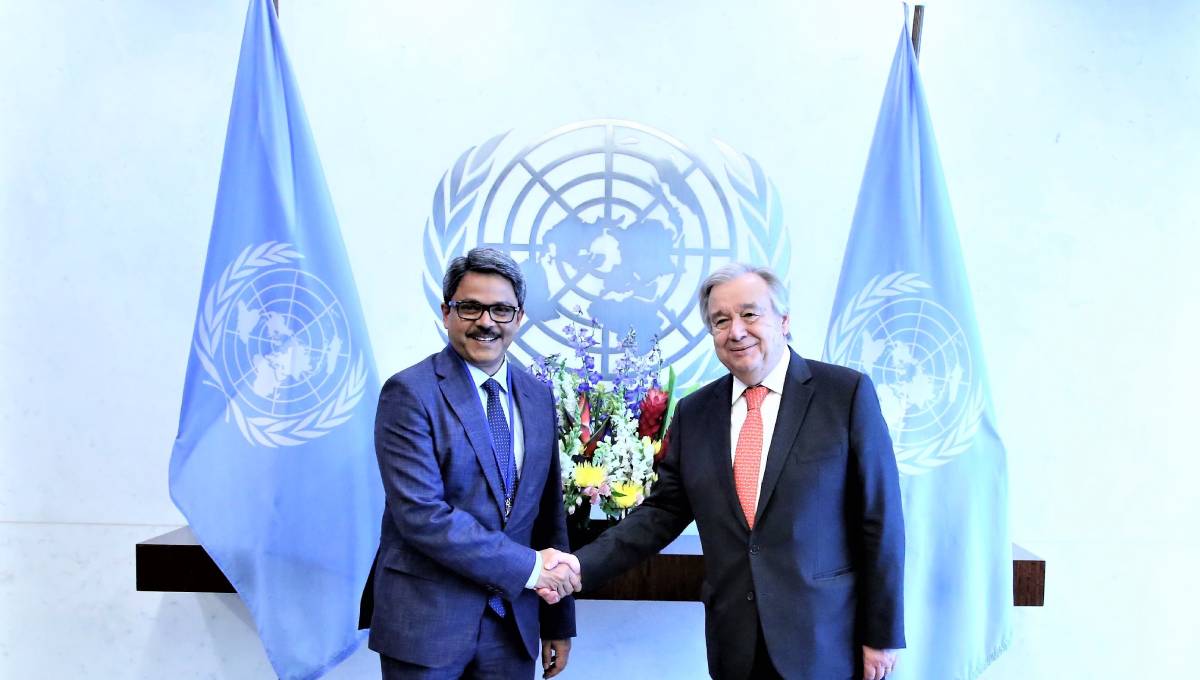 Dhaka, June 13 : Bangladesh has shared the existing problems regarding the Rohingya issue with the UN and informed it about Myanmar’s non-cooperation in starting the repatriation.

State Minister for Foreign Affairs M Shahriar Alam conveyed these to UN Secretary General Antonio Guterres at a bilateral meeting on Rohingya issue and the celebration of birth centenary of Father of the Nation Bangabandhu Sheikh Mujibur Rahman in New York.

The UN chief expressed deep concern over the delay in Rohingya repatriation, Bangladesh Permanent Mission to the UN said in a statement on June 11 (local time).

Bangladesh is now hosting over 1.2 million Rohingyas who are living in camps in Cox’s Bazar. Most of them came here after Myanmar launched a brutal crackdown targeting the mainly-Muslim ethnic minority in the pretext of a ‘clearance operation’ on August 25, 2017.

Meanwhile in Dhaka, the government urged the international community to increase pressure on Myanmar so that it creates a congenial environment for safe and dignified repatriation of the Rohingyas.

He presented relevant facts and arguments to invalidate Myanmar’s allegations and also to expose Nay Pyi Taw’s disrespect to its obligations and commitments.

“We sincerely want Myanmar to take back its citizens. But Myanmar has repeatedly been breaching its promises,” said Dr Momen.

The repatriation was initially scheduled to begin in January last year but later the date was shifted to November 15. However, it is yet to happen.

The Organization of Islamic Cooperation (OIC) recently called upon the ad hoc ministerial committee to take immediate measures to launch the case of Myanmar’s human rights violations against Rohingyas at the International Court of Justice on behalf of the OIC.

State Minister Alam requested the participation of the UN head and UN as a body in the celebration of Bangabandhu’s birth centenary and golden jubilee of Bangladesh’s independence.

Guterres lauded Bangladesh’s progress under the leadership of Prime Minister Sheikh Hasina. He thanked Bangladesh’s government and its people for their generosity and humanitarian assistance in the Rohingya issue.

The UN chief thanked Bangladesh for its outstanding contribution to UN peacekeeping mission.

Alam informed Lacroix that Bangladesh will continue its women empowerment and be a ‘champion country’ in UN head’s action for peacekeeping agenda.

The state minister also requested him to appoint high level officers in peacekeeping operations from Bangladesh.