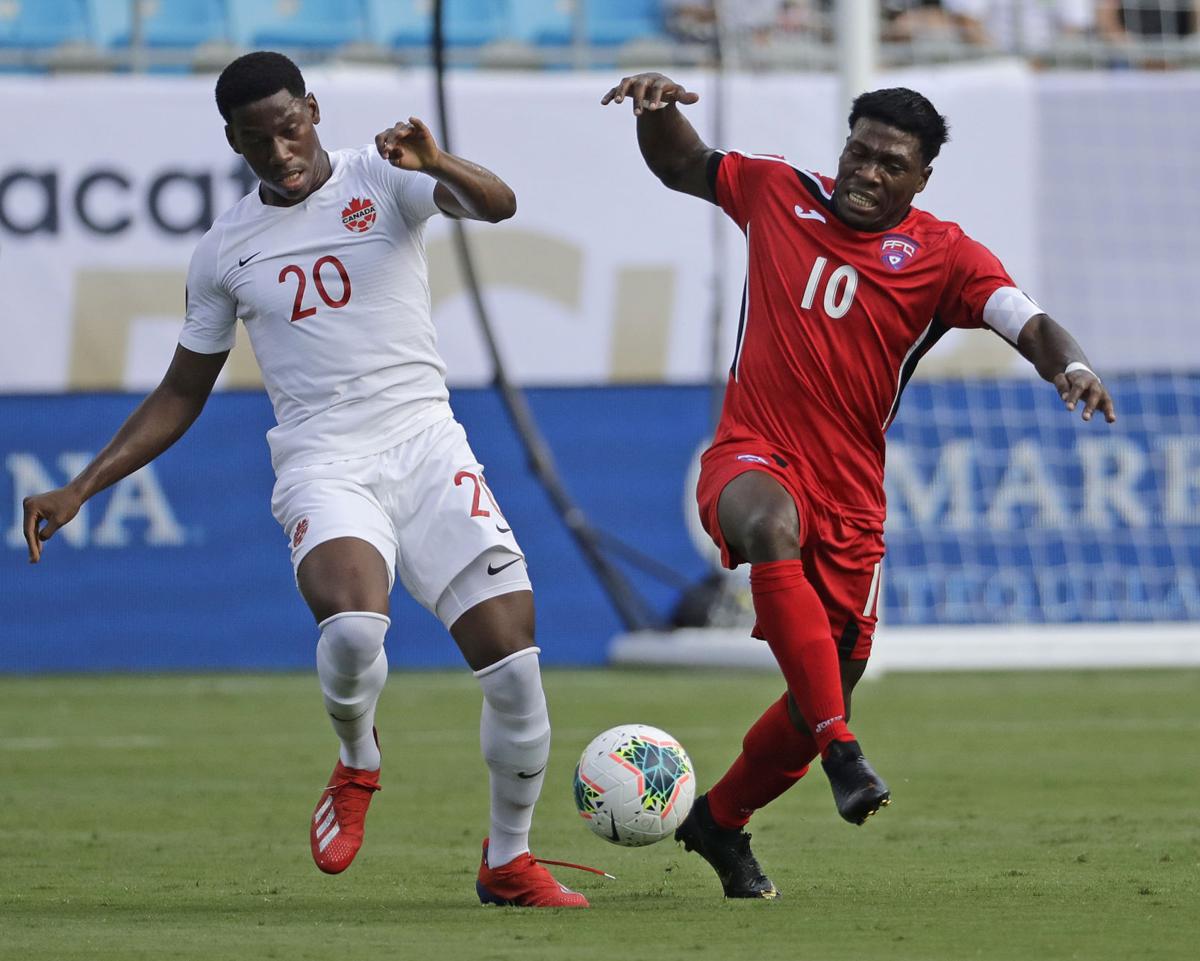 Canada got three goals each from 19-year-old Jonathan David and Lucas Cavallini, and breezed to a 7-0 win over Cuba on Sunday in the first game of a CONCACAF Gold Cup doubleheader at Bank of America Stadium.

Junior Hoilett also scored for Canada, which finished the group stage with 2-1 record to advance to the quarterfinals. Mexico beat Martinique 3-2 in the other game Sunday.

“I believe in the young guys,” said Herdman, who also included another 19-year-old Alphonso Davies and others in talking about Canada’s soccer youth movement.

Cuba finished group play a disappointing 0-3, losing by a combined score of 17-0.

Canada took control early as David scored on a point blank shot off a crossing pass from Hoilett just three minutes into the game. It was David’s seventh goal in seven international games for Canada, although he wasn’t done.

Cavallini stretched the lead to 2-0 at the 21 minute mark when he scored after Hoilett centered a pass that deflected off Cuba midfield Jorge Kindelan and the post. Cavallini stuck out his right foot and nudge the ball into the net — the first of three straight first half goals for the 26-year-old.

He added two more goals in the final three minutes of the first half to give Canada a commanding 4-0 lead at the break. David assisted on one goal and Davies on the other.

After one goal Cavallini stuck his left thumb in his mouth, held out four fingers with his right hand and then patted his chest before kissing his hands and pointing to the sky.

Cuba coach Idalberto Medero said Cavallini and David were difficult for his team to defend.

Ironically the one shot Cavallini couldn’t make might have been the easiest attempt.

Leading 5-0, Cavallini had a penalty kick. But he paused as he approached the ball, then fired left of the wide open net, holding his head in disbelief.

It was one of the few mistakes Cavallini and Canada made all day, outshooting Cuba 22-10.

Herdman said he liked that his players brought the energy on a hot afternoon where temperatures were nearing 90 degrees and took Cuba out of the game.

“If we never brought that energy Cuba could have gotten that little injection and made it tough for us,” Herdman said. “But there was clarity from all of the players. (Cavallini) and Johnny were given some great opportunities.”