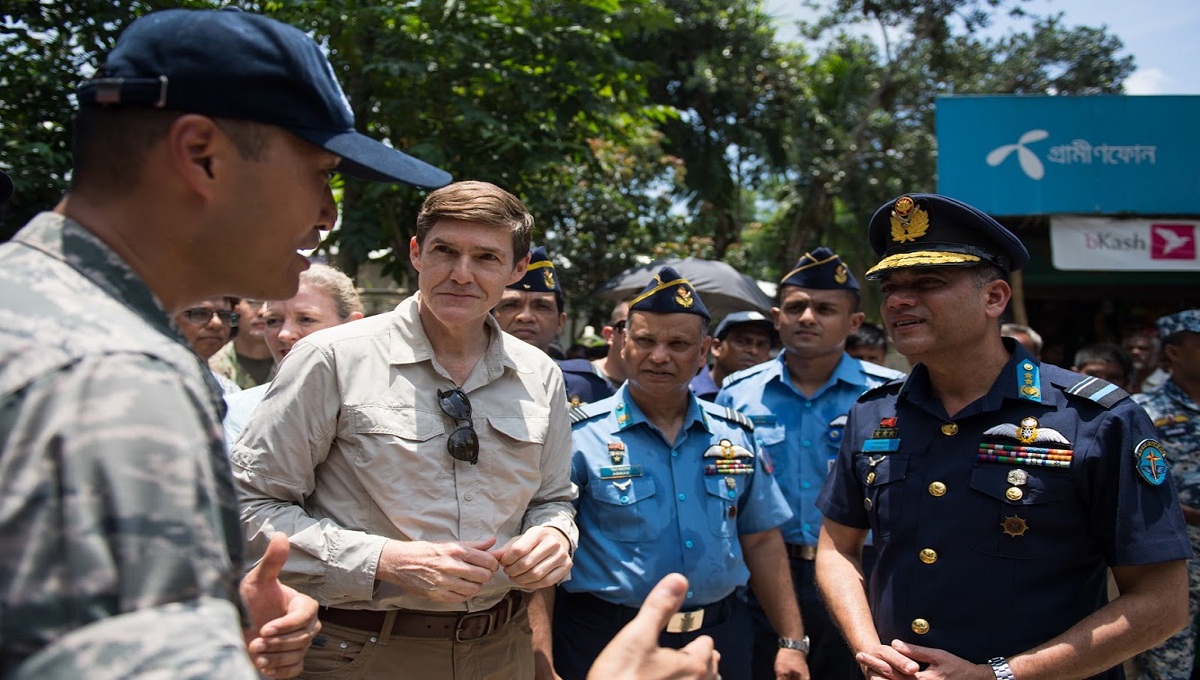 During the three-day visit, he discussed food security issues, and supported the growing military partnership between the two countries.

During his trip, Ambassador Miller visited historic, culturally significant sites including the Mahasthan Garh archaeological site, the Tajhat Palace, and the Kantanagar Temple, reminding him of the multi-cultural nature of Bangladesh and the importance of religious freedom and human rights for all populations, said the US Embassy on Tuesday.

Ambassador Miller met with the Bogura Deputy Commissioner (DC) and discussed Bogura’s socio-cultural role in Bangladesh as the “Gateway to North Bengal.”

They also discussed areas for increased cooperation with the United States, including in the local economy and education sectors.

They discussed areas for increased cooperation with the United States, including in business investment.  Ambassador Miller visited a JOIKKO farmers’ center and witnessed how small and rural farmers, including women and children, are improving food security in Bangladesh.

He met with the Founder and Chairman of the National Election Observation Council (JANIPOP), also the Rokeya University Vice-Chancellor (VC).

He heard how the alumni translate their professional and academic experiences from the exchange programs into social and economic improvements in Bangladesh, focusing on areas including pluralism, good governance and human rights, and education.