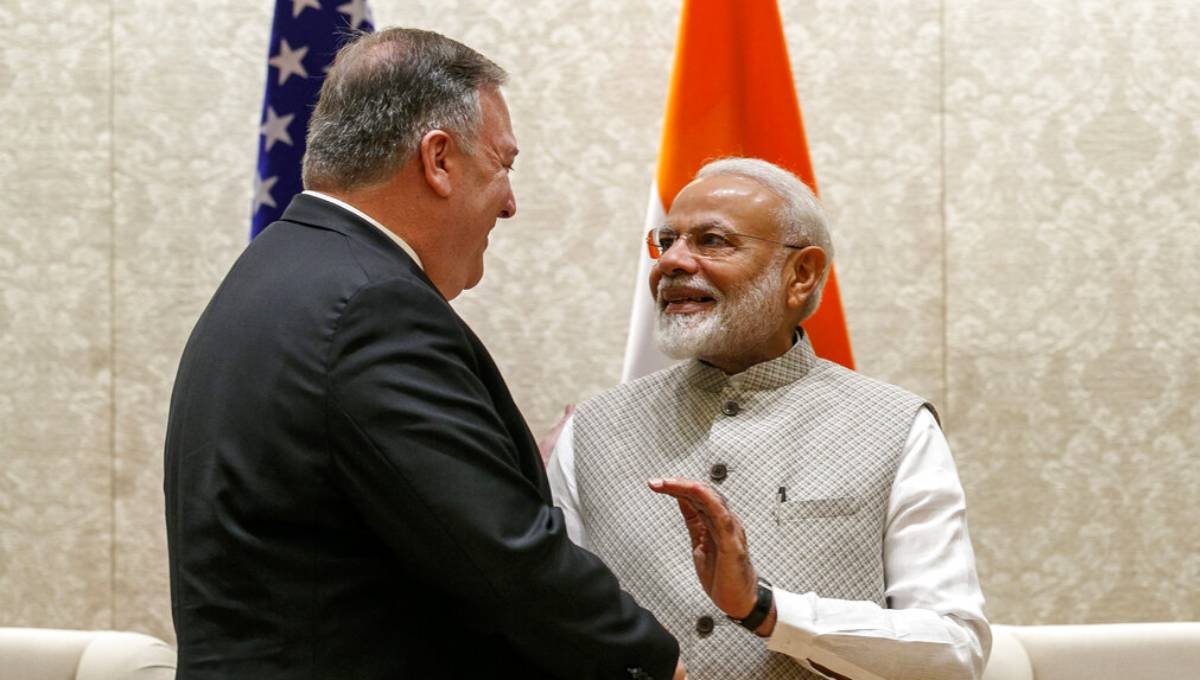 New Delhi, June 26 : U.S. Secretary of State Mike Pompeo held meetings in India’s capital on Wednesday amid growing tensions over trade and tariffs that has strained the partners’ ties.

“Working together to further deepen our strategic partnership,” Kumar tweeted.

Pompeo arrived in New Delhi late Tuesday after visiting Saudi Arabia, the United Arab Emirates and Afghanistan on a trip aimed at building a global coalition to counter Iran.

His visit is the first high-level engagement between the two countries since Modi’s reelection last month. The countries call each other a strategic partner despite retaliatory tariffs they imposed on some of the other’s goods this month.

The visit also comes ahead of the scheduled meeting between President Donald Trump and Modi on the sidelines of the Group of 20 Summit in Japan later this week.

Indian officials say they have little differences with the U.S. over political and strategic issues including on Iran, but they have cautioned the two countries need to be careful on trade and commerce.

India stopped oil purchases from Iran after the U.S. sanctions waiver ran out in May but Indian officials have continued working out for a renewal of the waiver amid escalating tensions between the U.S. and Iran. Indian officials say while they understand the U.S. concerns regarding Iran, their country has taken an economic hit.

Before Pompeo’s arrival in India, hundreds of supporters of left-wing groups marched in central New Delhi to protest his visit and denounce American policies in the Middle East. They urged the Indian government not to cut off imports of oil from Iran, as the U.S. has demanded.

Pran Sharma, a protester, said there was a “bigger game” behind “the trade war” between India and the U.S.

“That is the invasion of Iran, for which it (U.S.) is making preparations. How it can get cooperation from India?” he said.