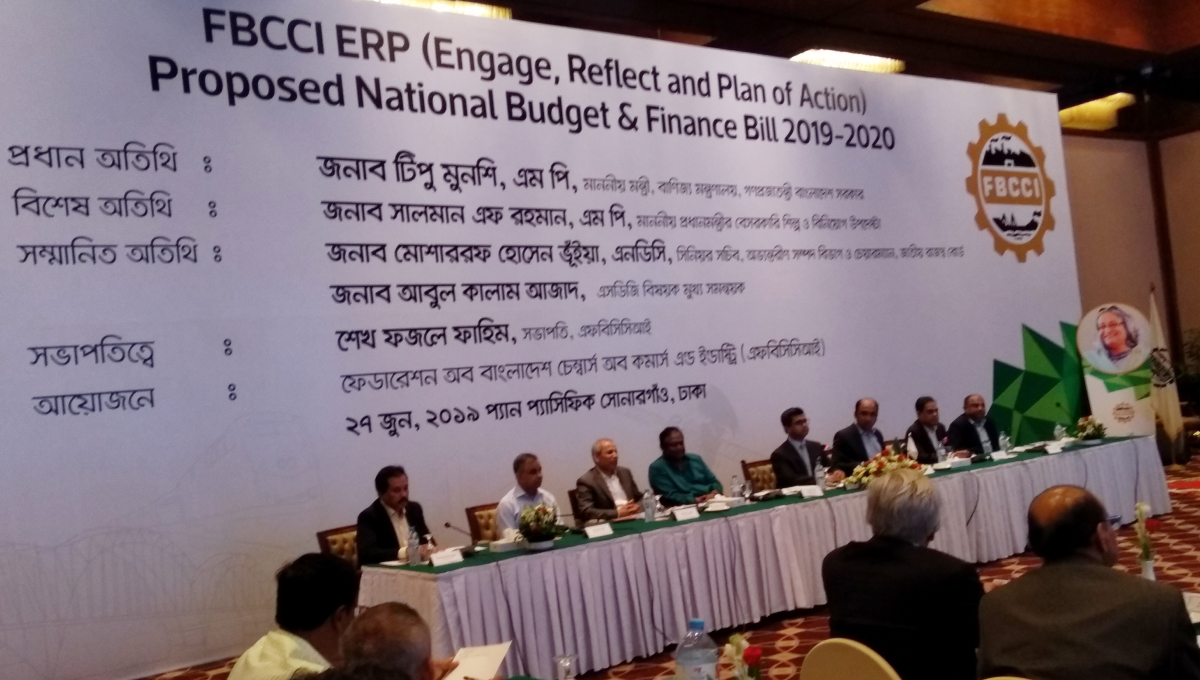 Dhaka, June 27 : The Federation of Bangladesh Chambers of Commerce and Industry urged the government to take steps to end harassment of businesses by tax officials.

The FBCCI president said this at a discussion on the proposed national budget and finance bill 2019-2020 held at a hotel in the capital.

Fahim proposed withdrawal of advanced tax (AT) from raw materials of industries and machineries.

BGMEA president Rubana Huq said that their members are being harassed in various ways.