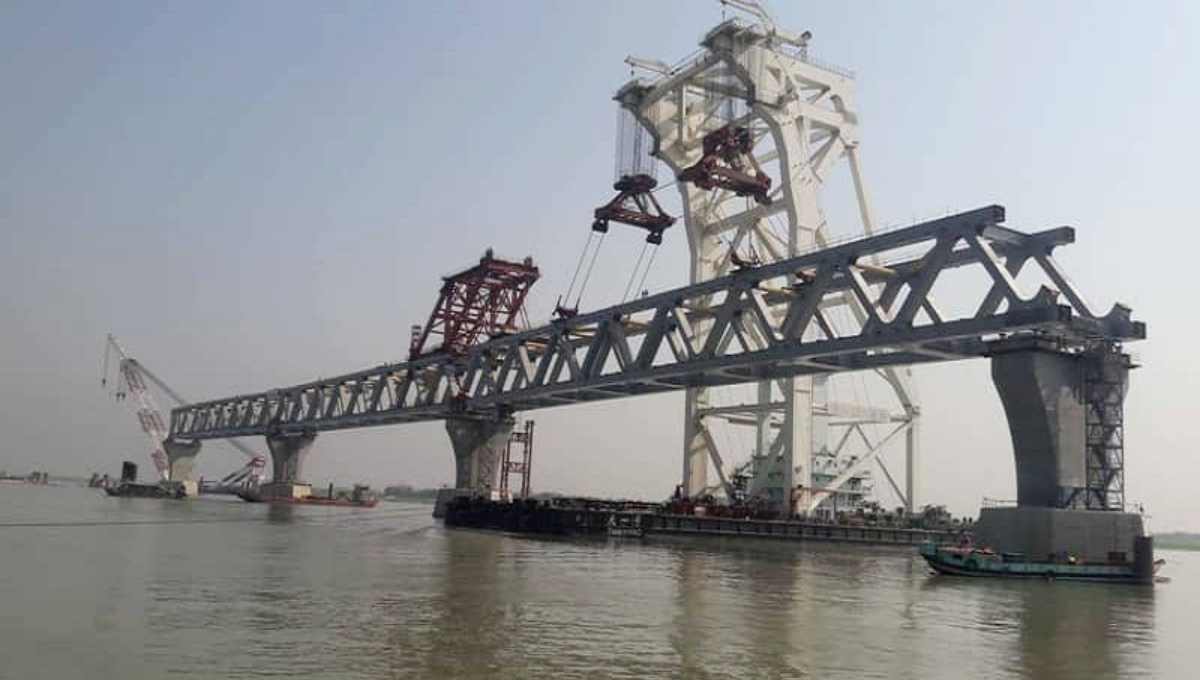 Munshiganj, June 28 : The 14th span of the much-hyped Padma Bridge  is scheduled to be installed on Saturday.

The ‘3-C’ span will be set up on the 15-16 pillars of the bridge, said an engineer of Padma Bridge Project.

Earlier, the 150 meter long span weighing 3,140 tons was taken  near the pillar by a floating yard ‘Tian-E’ from Mawa Kumarbhog Contruction Yard on Thursday but it couldn’t be installed due to inclement weather.

Now the span is being anchored near the pillar no 15. A dredging work is going on in the area.

The Padma Multipurpose Bridge started becoming visible with the installation of 150-metre span on pillars 37 and 38 on October 30, 2017.

Work on the country’s largest bridge started in December 2015.