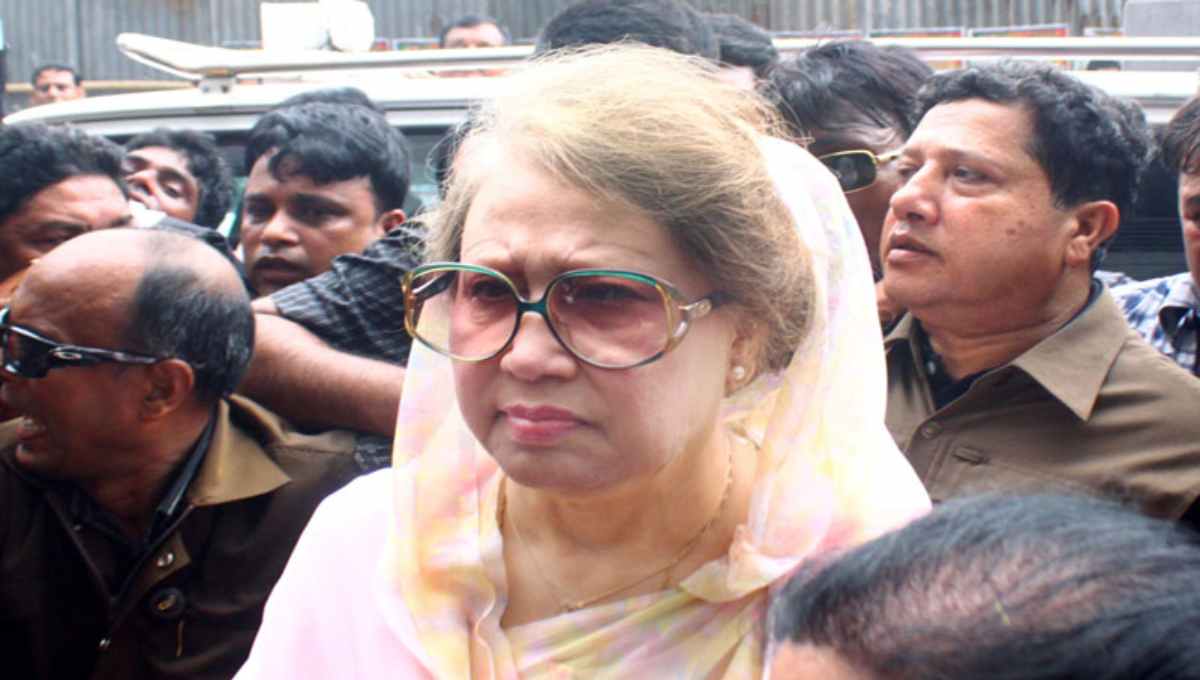 Dhaka, Jun 29 : BNP on Saturday decided take a series of action programmes to intensify its movement for ensuring the release of Khaleda Zia from jail.

The decision was taken at a meeting of BNP standing committee members at its chairperson’s Gulshan office.

Briefing reporters after the meeting, party secretary general Mirza Fakhrul Islam Alamgir said, “Our meeting has decided to intensify the movement alongside taking necessary legal steps for having Khaleda Zia freed from jail.”

The BNP leader also said they are now working out their series of programmes and those will be announced by four weeks.

On June 22, the party policymakers decided to announce their action programmes at all the divisions, including Dhaka, by a month.

Fakhrul said their meeting strongly condemned the killing of Rifat by stabbing in broad daylight in Barguna on Wednesday. “Our meeting thinks such murder incidents are growing due to the failure and apathy of the government and the law enforcers.”

He said the government has no accountability to people since it was not elected by them. “People have lost their confidence in the state organisations as their rights were snatched resorting to terrorism and using arms in the December-30 election.”

The BNP leader said Bangladesh is gradually turning into a “dysfunctional state” as serious economic, political and social crises are prevailing in the country.

Fakhrul criticised Liberation War Affairs Minister AKM Mozammel Haque for his comment about removing BNP founder Ziaur Rahman’s grave from the Jatiya Sangsad premises. “He used to make such comments. We think they (AL) only expose their political bankruptcy with such remarks.”