Sunny Leone’s day out with hubby and kids 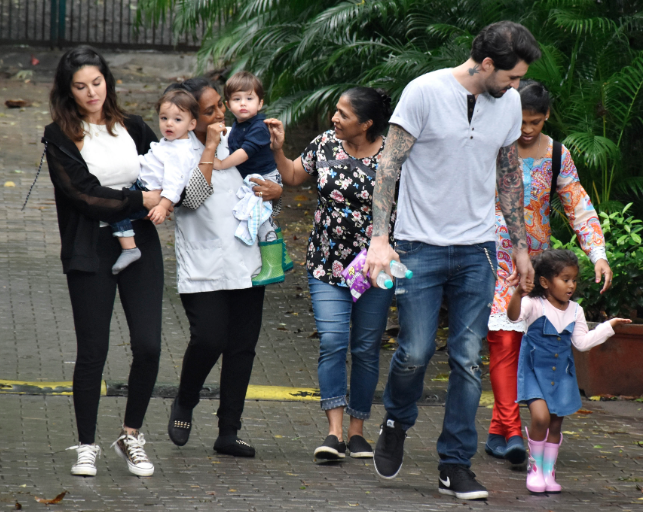 B-Town stunner Sunny Leone and dashing hubby Daniel Weber were recently spotted in and around Juhu, Mumbai. The gorgeous couple’s day out with kids looked like a perfect fam jam moment.
Sunny donned an all black-outfit while Daniel wore a casual white tee and blue jeans. The adorable three kids were happy to spot the paps waiting for them.

Sunny and her husband Daniel Weber adopted their first child Nisha Kaur from Latur, a village in Maharashtra in July 2017. She was 21 months old at the time of adoption.On March 4, 2018, the couple announced the birth of their twin boys Asher Singh Weber and Noah Singh Weber born through surrogacy. 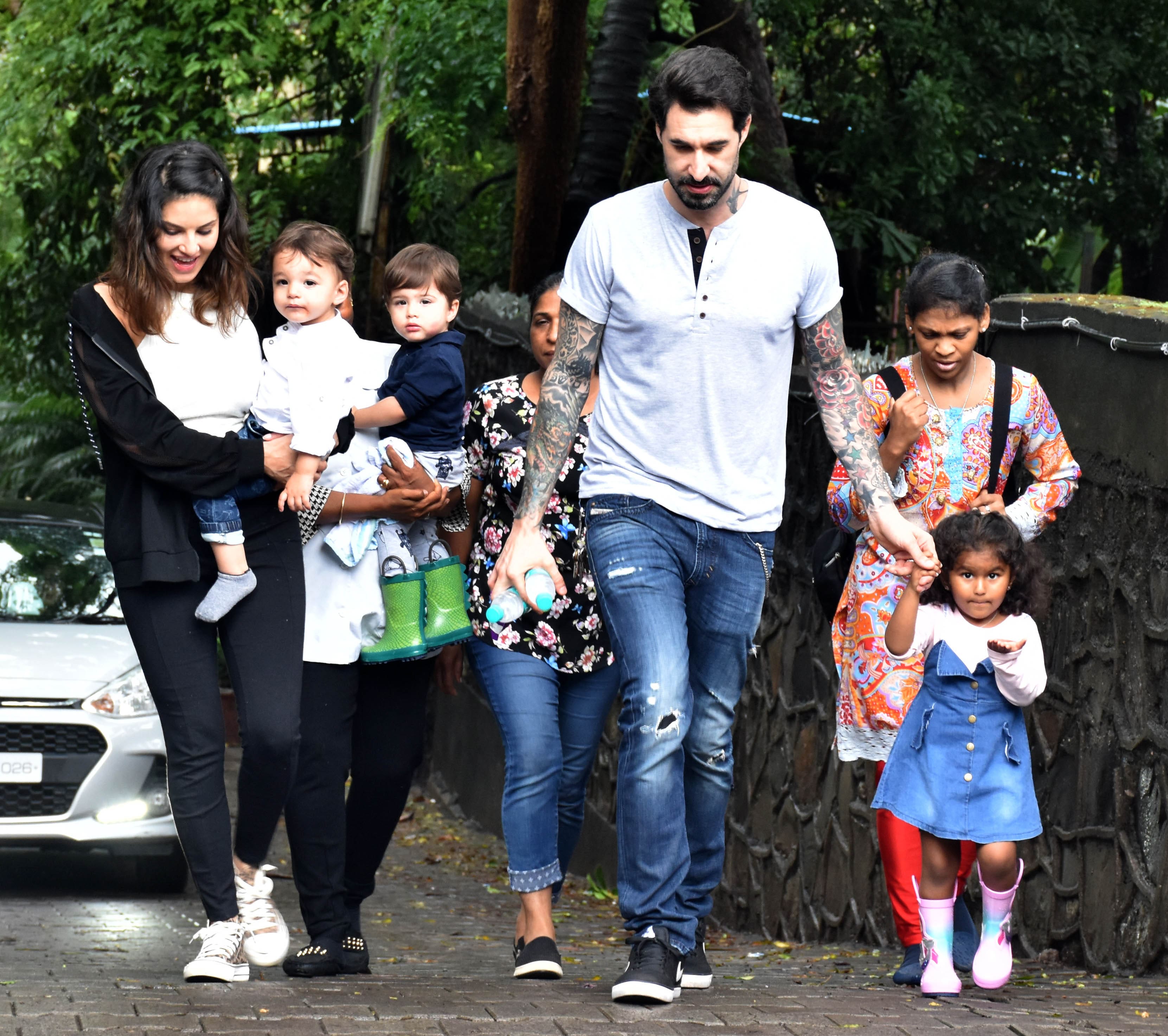 Ever since that in 2012, Sunny has featured in several movies and hosted shows on MTV such as ‘Splitsvilla’ and ‘Haunted Weekends with Sunny Leone’ to name a few.