He says Bangladesh is pursuing a low-carbon development path 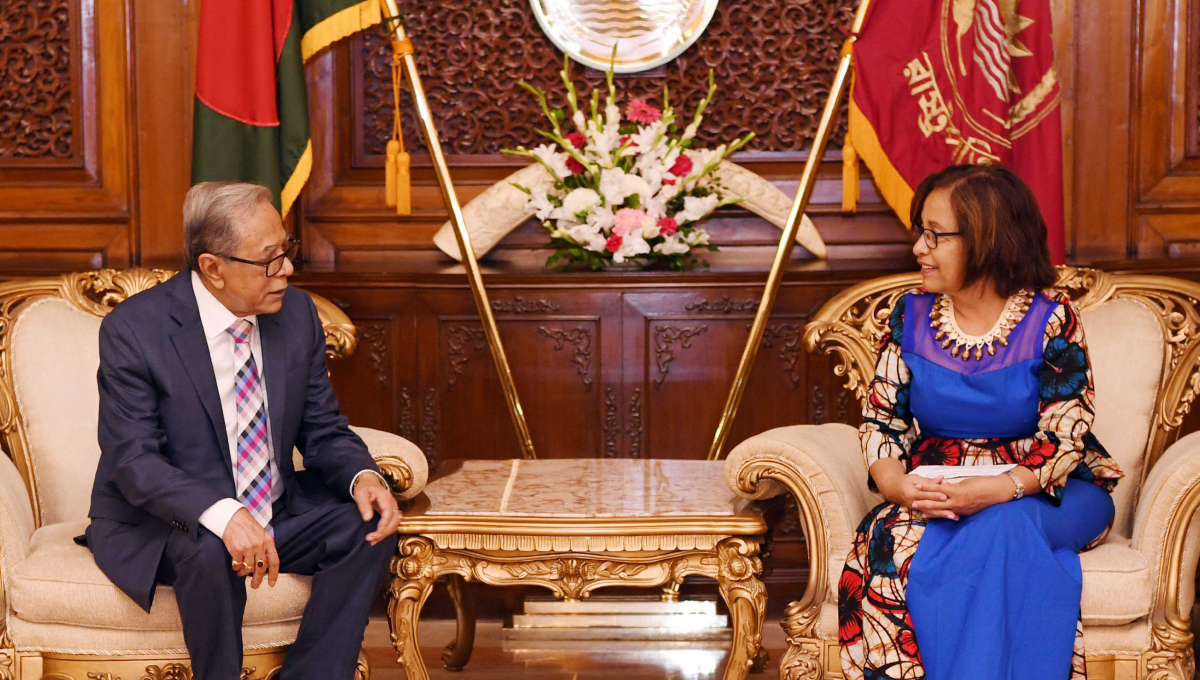 He said this while President of the Marshall Islands Hilda C Heine paid a courtesy call on him at Bangabhaban in the afternoon.

Hamid said though Bangladesh is one of the most vulnerable countries to climate change, it is producing low-carbon.

He stated that Bangladesh has been working relentlessly to overcome her vulnerabilities.

“Over the last decade, we’ve spent on an average around $1 billion annually for climate change projects as part of our development programme. To achieve climate resilience, we’ve established a dedicated ‘Climate Change Trust Fund’ with our own domestic resilience,” he said.

He added that Bangladesh is pursuing a low-carbon development path with increasing emphasis on renewable energy, energy efficiency and energy conservation.

He said over the last few years, Bangladesh has installed about five million solar home systems in off-grid areas.

The President thanked Heine for the support of Marshall Islands in the election of Bangladesh as a member of the UN Economic and Social Council for period of 2020-2022.

Praising the role of Bangladesh in the climate change issue, President of the Marshall Islands Heine said the two countries can work together in the regional and international forum to raise the voice in the issue of climate change.

She also lauded the socio-economic development of Bangladesh, especially, in women empowerment.

Heine arrived in Dhaka on a two-day visit to attend the “Dhaka Meeting of the Global Commission on Adaptation”. Prime Minister Sheikh Hasina is scheduled to inaugurate the key part of the two-day meeting on Wednesday morning at InterContinental.

Secretaries concerned to the President were also present.