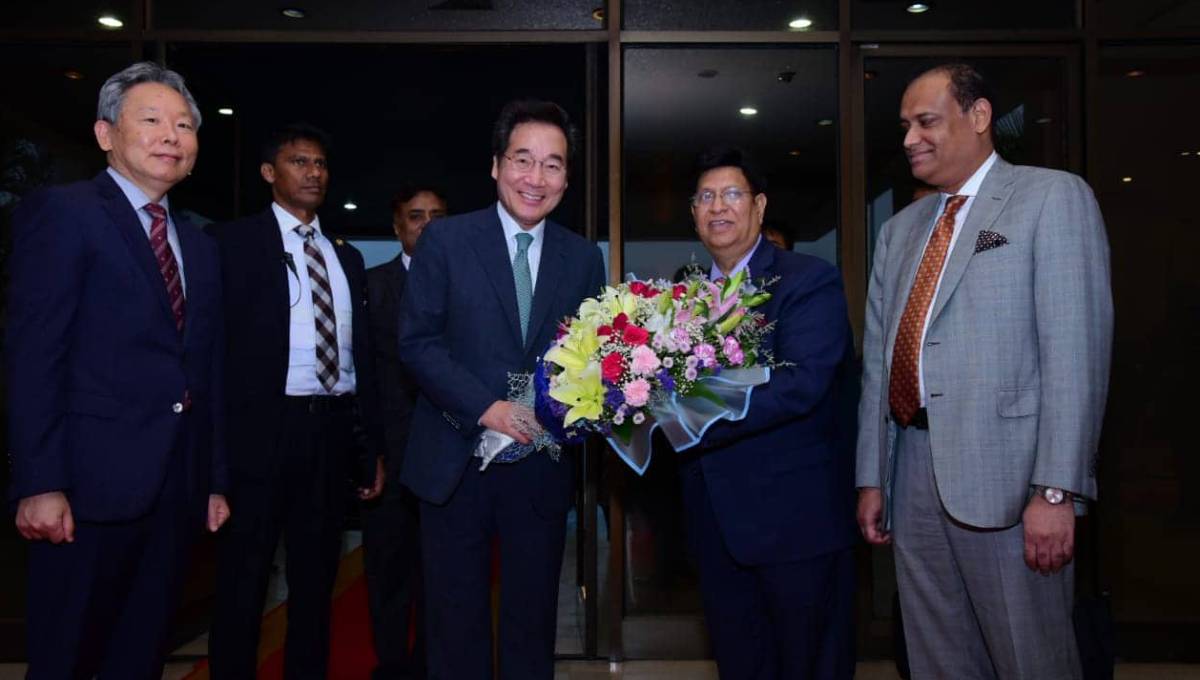 Land Minister Saifuzzaman Chowdhury and South Korean Ambassador in Dhaka Hu Kang-il were, among others, present at the airport to receive the Korean Prime Minister, he said.

The Korean Prime Minister will hold official talks with his Bangladesh counterpart Sheikh Hasina at the Prime Minister’s Office (PMO) on Sunday afternoon.

They are likely to discuss ways of cooperation in the areas of security, trade and investment, people-to-people and cultural exchanges.

Both the Prime Ministers will witness the signing of bilateral documents after the talks. Prior to that, they will have a tete-a-tete.

A number of bilateral instruments on trade, investment and cultural fronts are likely to be signed during the visit to strengthen the bilateral relations

A Memorandum of Understanding (MoU) between Bangladesh Investment Development Authority and Korea Trade-Investment Promotion Agency (KOTRA) and a document on cultural exchange programme between Bangladesh and South Korea for the years 2019-2023 are likely to be signed, an official told UNB.

The South Korean Prime Minister will meet President Abdul Hamid on Sunday evening at Bangabhaban.
He will deliver the keynote speech at Bangladesh-Korea Business Forum to be jointly organised by the Federation of Bangladesh Chambers of Commerce and Industry (FBCCI) and Korea International Trade Association (KITA) at a city hotel on Sunday.

In the beginning of his visit, the South Korean Prime Minister will pay tributes to the memories of Liberation War martyrs by placing wreaths at the National Martyrs’ Memorial in Savar on Sunday morning.

He will also visit YoungoneHitech Sportswear in Savar EPZ and the National Institute of Advanced Nursing Education and Research at Mugdapara in the city.

On Monday, he will pay homage to the memories of Father of the Nation Bangabandhu Sheikh Mujibur Rahman by placing wreaths on his portrait at Bangabandhu Memorial Museum at Dhanmondi in the city. Lee will sign visitors’ book there after visiting the museum.

The South Korean Prime Minister will visit Tajikistan, Kyrgyzstan and Qatar after visiting Bangladesh as part of his four-nation tour from July 13-21 that is aimed at strengthening Seoul’s ties with Central Asia and Southwest Asia with a balanced diplomacy in the Middle East.