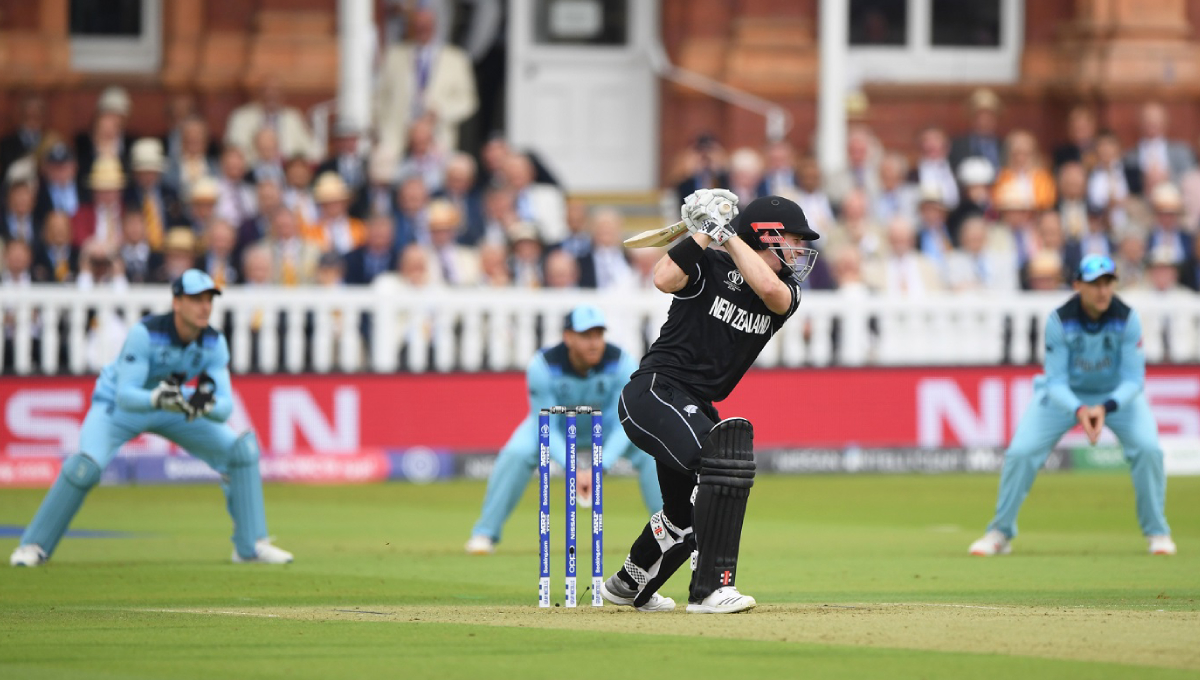 Henry Nicholls drives through cover point as he looks to counter England’s dominance of the opening stages in the final match of the ICC CWC 2019 at Lord’s on Sunday, Jul 14, 2019. Photo: Courtesy

Chris Woakes and Liam Plunkett took three wickets each to help England to restrict the Kiwis in a chaseable total.

For New Zealand, Henry Nicholls was the highest runs getter as he struck 55 off 77. Wicketkeeper-batsman Tom Latham hit 47 off 56.

The Kiwis won the toss and opted to bat first in the wicket which was looked to be friendly to the bowlers.

Martin Guptill was the first batsman to get dismissed scoring 9 off 18 balls before he was trapped lbw by Chris Woakes.

After him, New Zealand lost Henry Nicholls and Kane Williamson respectively for 55 and 30. Both fell prey to Liam Plunkett.

New Zealand never looked to have dominated over the hosts’ bowler as they lost wickets in regular intervals. Eventually they ended their innings with 241 runs for 8 in 50 overs.

The sport of cricket known as originated in south-east England in the late 16th century. The cricketing fraternity is all set to crown a new champion as neither teams won a World Cup before.