Bride, bridegroom among 11 killed as train hits microbus in Sirajganj 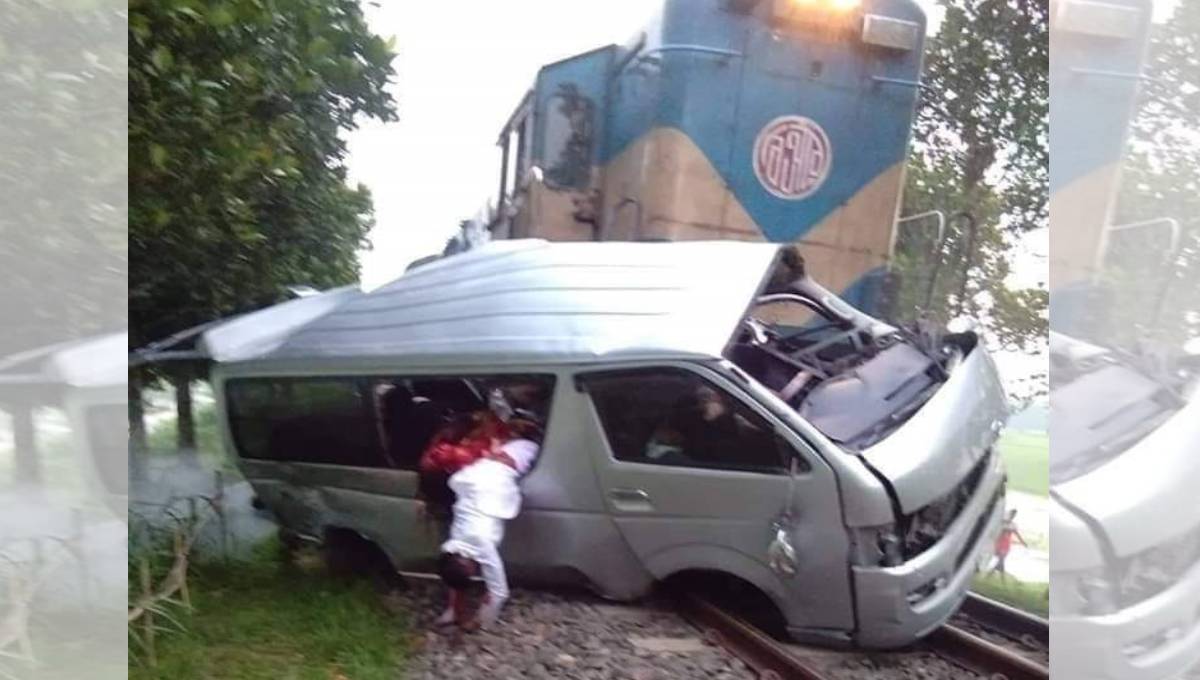 Photo: A train smashes a microbus at an unmanned level crossing at Panchakohsi in Ullapara upazila on Monday evening where five people have killed and seven others injured.

Sirajganj, July 15 : Ten members of a bridal party, including the bridegroom and bride, and the driver were killed and three others injured as a train smashed a microbus at an unmanned level crossing at Panchakroshi in Ullapara upazila on Monday evening.

Six of the deceased were identified as bridegroom Rajon, 25, of Kandipara village in Sadar upazila, his aunt Nasima, 56, bride Sumaiya Khatun, 20, of Betkandi village in Ullapara, Altaf Hossain, 55, his son Azam, 22, of Kandipara, and microbus driver Swadhin, 28, son of Montu Sheikh of Jamtail village in Kamarkhand upazila.

Officer-in-charge of Sirajganj Government Railway Police Station Harun Majumder said the Dhaka-bound train from Rajshahi, ‘Padma Express, crashed into the microbus around 6:45pm while it was trying to cross the rail tracks through the level crossing.

The accident left five microbus passengers dead on the spot while four others died on the way to the hospital and two succumbed to their injuries at hospital, he said.

Police and firefighters recovered the bodies and rescued the injured.

The tragedy struck the bridal party while they were returning to bridegroom’s house at Kandapara from bride’s house at Betkandi after the marriage ceremony.

A pall of gloom descended on the locality following the tragic accident.