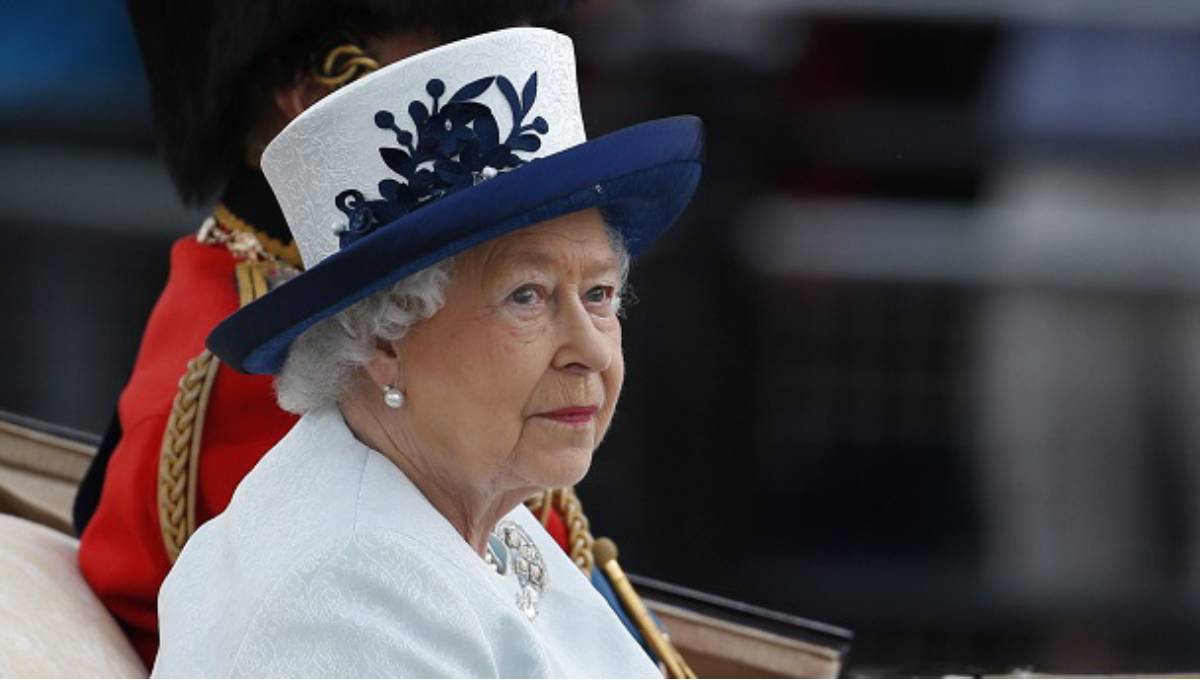 “Prince Philip and I send our warmest congratulations to the England men’s cricket team after such a thrilling victory in today’s World Cup Final.

“I also extend my commiserations to the runners-up New Zealand, who competed so admirably in today’s contest and throughout the tournament.”

England won the Cricket World Cup for the first time in extraordinary circumstances, beating New Zealand by a tiebreaker of boundaries scored after the match was tied after regulation play and then the first Super Over in the tournament’s history.

Martin Guptill needed to score two off the final ball of the Super Over but was run out by England wicketkeeper Jos Buttler as the New Zealand batsman scrambled back for the second.

Both teams scored 241 after the regulation 50 overs per side, with England scoring 14 off the last over — including a six made up of two runs followed by an accidental four deflected off the bat of the diving Ben Stokes — to tie New Zealand’s 241-8.

The teams then scored 15 runs each in the Super Over, but England won courtesy of scoring more boundaries in regulation play.

England and New Zealand will play a super over in the Cricket World Cup final after the scores were tied following a dramatic last over at Lord’s.

England players were run out off the final two balls as the team finished 241 all out, matching New Zealand’s total of 241-8.

Ben Stokes and Jos Buttler are keeping alive England’s hopes of winning the Cricket World Cup for the first time.

The tightest finish to a World Cup final also involved England, in 1987, when Australia won by seven runs.

New Zealand is keeping the squeeze on England after 30 overs of the reply, with a tense Cricket World Cup final potentially going to the wire.

England is stuttering along at less than four runs an over, and is on 115-4.

Ben Stokes (18) and Jos Buttler (13), two of the team’s most destructive batsmen, are trying to rebuild the innings after captain Eoin Morgan fell for 9 to a stunning catch by Lockie Ferguson at deep point. Running in from the boundary, he dived forward and took a two-handed catch just before the ball hit the ground off Jimmy Neesham’s first ball.

England is wobbling in its chase of 242 to win the Cricket World Cup.

One ball after charging Colin de Grandhomme and missing, Joe Root got stuck on the crease and edged a wide delivery by the New Zealand allrounder to wicketkeeper Tom Latham for 7 off 30 balls.

Jonny Bairstow then edged onto his stumps off Lockie Ferguson for a 55-ball 36.

De Grandhomme has figures of 1-12 off five overs and is leading the strangling of England’s batsmen at a tension-filled Lord’s.

England has emerged from a testing opening 10 overs of the reply with just Jason Roy back in the pavilion.

Roy survived an lbw review off the very first ball — replays showed Trent Boult’s inswinging delivery was hitting leg stump, but umpire Marais Erasmus’ original decision was not out — and struck three fours before edging Matt Henry behind for 17.

Bairstow has struggled against Henry, beaten all ends up twice by the paceman, while an inside edge of Boult just missed the stumps.

It was England’s second-lowest score from the opening powerplay in this tournament.

England will chase 242 to win the Cricket World Cup for the first time after Liam Plunkett’s 3-40 helped to limit New Zealand to another middling total in the final at Lord’s.

Every New Zealand specialist batsman got into double figures but only opener Henry Nicholls (55) reached a half-century in the face of a disciplined bowling effort from the tournament host.

Plunkett, one of the understated members of the England team, took center stage by removing New Zealand captain Kane Williamson (30) and Nicholls in the space of 14 balls. The seamer also took the wicket of dangerous allrounder Jimmy Neesham (19).

The Black Caps, who are also seeking their first world title, have proved adept at defending relatively small totals in this tournament and Lord’s isn’t known for its heavy scoring in ODIs. In the semifinals, India failed to chase down 240 against New Zealand in Manchester.

New Zealand needs a big last 10 overs to set England a competitive target in the final after being reduced to 179-5.

Mark Wood trapped Ross Taylor lbw for 15 — though replays showed the ball would have gone over the stumps — before Liam Plunkett grabbed his third wicket of the match when Jimmy Neesham holed out to Joe Root at mid-on for 19.

It was Root’s 13th catch of the tournament, a record for an outfielder at a single World Cup.

Tom Latham was on 24 and Colin de Grandhomme on 5.

Plunkett had figures of 3-40 off his nine overs.

New Zealand successfully defended 239-8 against India in the semifinals.

England has seized the initiative in the Cricket World Cup final after Liam Plunkett took the wickets of Kane Williamson and Henry Nicholls in the space of 14 balls.

New Zealand was 126-3 after 30 overs and being pegged back by England at Lord’s.

Having removed Williamson to end a 71-run stand for the second wicket, Plunkett — the most understated player in England’s lineup — drew a drive from Nicholls off an inswinging delivery and the left-handed opener got an inside edge that clipped the bails.

Nicholls departed for 55, his highest score of the tournament and his ninth half-century in 43 innings.

Ross Taylor was on 9 and Tom Latham on 5.

England has got the big wicket of Kane Williamson.

The New Zealand captain went after a wide delivery from Liam Plunkett and edged it behind to wicketkeeper Jos Buttler for 30.

Umpire Kumar Dharmasena didn’t give it, England reviewed, and the replay showed Williamson got a nick.

The opening powerplay is over in the Cricket World Cup final, and Kane Williamson is already in the middle for New Zealand.

The Black Caps’ opening partnership again failed to survive the first 10 overs as Martin Guptill was trapped lbw by Chris Woakes for 19 after 6.2 overs.

New Zealand was 33-1, with captain Williamson on 1 and opener Henry Nicholls on 10.

Nicholls, on 0 at the time, successfully appealed an lbw decision off the bowling of Jofra Archer in the third over. Replays showed the ball was going over the stumps.

Guptill hit an uppercut for six and a straight four, both off Archer, before he burnt New Zealand’s review.

New Zealand captain Kane Williamson has won the toss and chosen to bat first against England under cloudy, threatening skies at Lord’s.

England captain Eoin Morgan said it would have been a “50/50 call” and was “not at all” disappointed to be bowling first.

Both teams are unchanged from the semifinals.

The start of the final has been delayed by 15 minutes because of the early-morning rain.

There will be a first-time winner of the Cricket World Cup trophy when England takes on New Zealand in the final at Lord’s on Sunday.

England is in the title match for the fourth time, and the first since 1992, while New Zealand is playing in a second final, after losing to Australia in 2015.

After some early-morning rain, the covers are off at the home of cricket, revealing a green-looking pitch. World Cup finals tend to be low-scoring matches and this is likely to be no exception, if previous matches at Lord’s are anything to go by.

England starts as the favorite, having been the top-ranked one-day side for the past year and beaten India, New Zealand and then Australia — in the semifinals — in its last three games this tournament.

New Zealand, No. 3 in the ODI rankings, defeated India in the semifinals and should be better for its experience of the final four years ago.