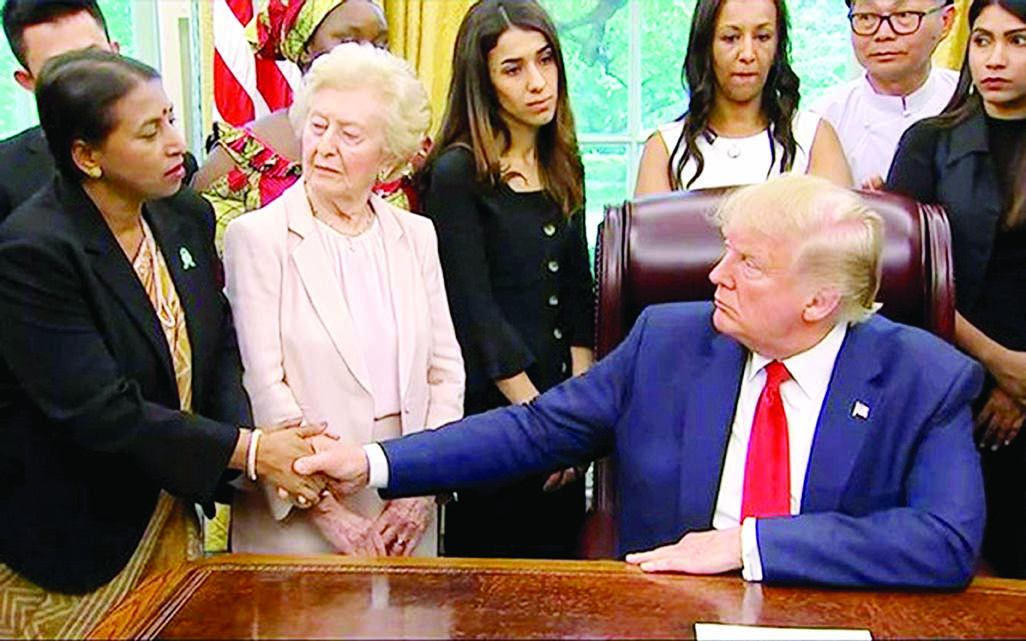 Dhaka, July 21 : Two sedition cases have been filed against Priya Saha, one of the organizing secretaries of Bangladesh Hindu-Bouddha-Christian Oikya Parishad, for her controversial remarks to US President Donald Trump about the alleged persecution of religious minorities in Bangladesh.
Supreme Court lawyer Syed Sayedul Haque Suman filed the first case with the court of Metropolitan Magistrate Ziaur Rahman on Sunday morning.

Later, Advocate Md Ibrahim Khalil, executive committee member of the Dhaka Bar Association, also filed another complainant suit with Dhaka Metropolitan Magistrate Abu Sufiyan Md Noman against Priya Saha on sedition chargesAfter filing the case Advocate Khalil said: “There will be a hearing on Sunday around 12pm in this regard.”

Saha attended a meeting at the White House in Washington, DC on July 19. After identifying herself as a Bangladeshi, she was seen telling Trump, among other things, that 37 million people of minority groups have disappeared from Bangladesh.

She was among five Bangladeshis and two Rohingya refugees the US Embassy in Dhaka sent to the White House. Saha also attended the second ministerial meeting on advancing religious freedom hosted by the US Department of State in the US capital.

A video of the meeting with Trump subsequently went viral on social media and sparked widespread controversy back home.