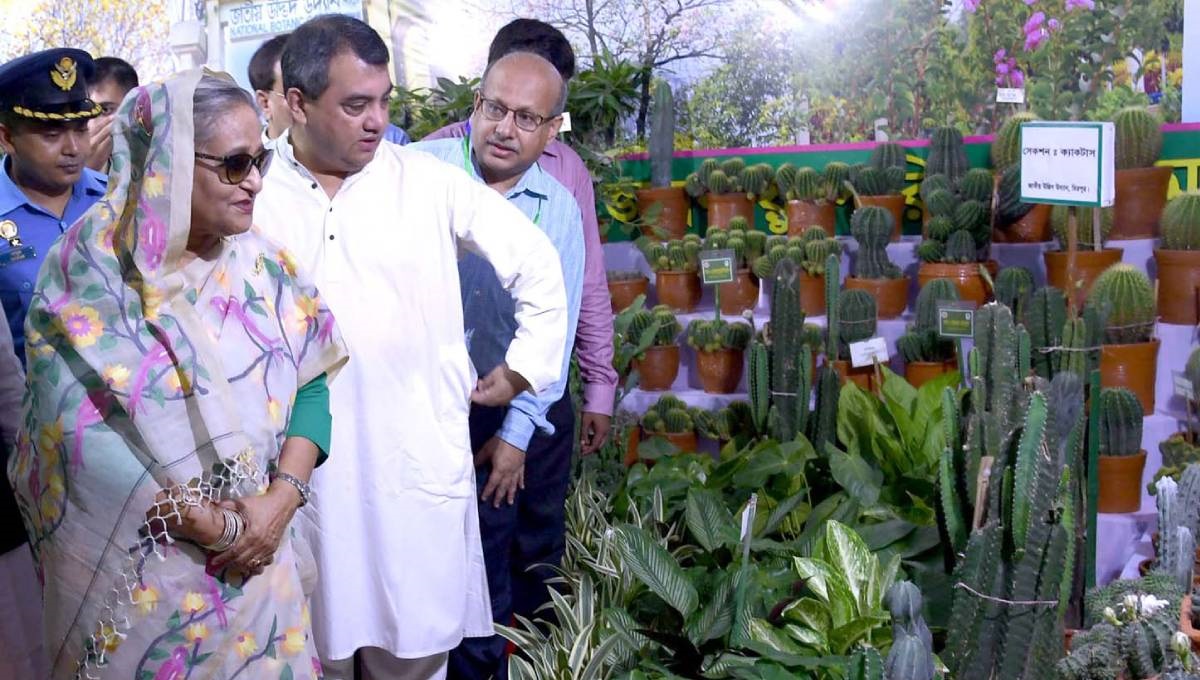 Dhaka, July 22 : The month-long National Tree Plantation Campaign and Fair-2019 evoked an overwhelming response from plant and nature lovers as saplings worth around Tk 11 crore were sold during the fair.

A total of 105 nurseries, including 13 public ones, showcased thousands of fruit-producing, timber-producing, ornamental and medicinal and herbal-contributing plants at the fair arranged aiming to motivate people to plant more and more trees.

Talking to UNB, Dr Zahidur Rahman, divisional forest officer (social afforestation, Dhaka), said they got an outstanding response from the nature lovers to the month-long fair.

He said the show also witnessed a significant rise in sale and demand of saplings this year.

“A total of 16 lakh saplings of different varieties worth over Tk 11 crore were sold at the fair, up Tk 4 crore than last year’s,” he said.

Dr Zahid said the fair helped create awareness among people about the environment and encourage them about gardening, especially the rooftop one.

The fair began at Sher-e-Bangla Nagar in the capital’s Agargaon area on June 20. Prime Minister Sheikh Hasina opened it by planting a tamarind sapling on the premise of Bangabandhu International Conference Centre (BICC).

She urged all to plant and nurture saplings in their respective workplaces and houses with a view to protecting the environment.

The Department of Forest arranged the fair with the theme ‘Forest and Ecology in Education, Building modern Bangladesh’ Green.’

On the concluding day, different nurseries were given awards under four categories–single, double, government and NGO.