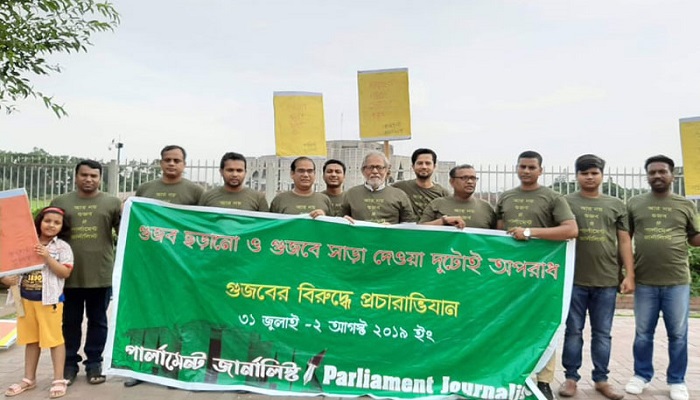 The parliament journalists have started a 3-day campaign to create awareness against the social instability and violence being created by spreading rumours.
As part of the campaign, they inaugurated a rally in front of the Jatiya Sangsad Bhaban in the capital on Wednesday morning for creating resistance against rumours.

Muhammad Shafikur Rahman, the founding president of Bangladesh Parliament Journalist Association (BPJA), inaugurated the campaign.In the statement Shafikur said, “Spreading as well as responding to rumours are both offences. The rumour-mongers are the enemy of our society. So, everyone has to be aware about them and their rumours. Any sort of suspicion should be reported to the administration. No one should take the law in own hands by any means.”

Finally, they will visit Sylhet where their awareness programme will be ended.