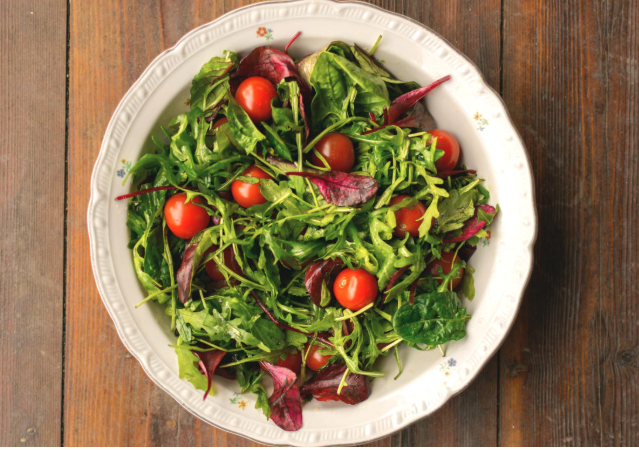 You don’t have to become a vegetarian or vegan for healthy heart health. Eating mostly plant–based foods and very little meats and dairy lowers your chances of dying from a heart attack, stroke, heart failure, and other cardiovascular diseases, according to new research published in the Journal of the American Heart Association.
People who ate the most plant–based foods had a 16% lower risk of having and 32% lower risk of dying of a cardiovascular disease such as heart attacks, stroke and heart failure and other conditions, concluded the study, which tracked eating behaviour in 12,168 persons between the ages of 45 to 64 years old over three decades.

People who ate less dairy and milk also had a 25% lower risk of dying from any cause compared to those who ate the least amount of plant–based foods. The study monitored participants from 1987 to 2016. None of the study participants had cardiovascular disease at the start of the study.Past studies have linked eating more vegetables, nuts, whole grains, fruits, legumes and fewer animal-based foods with lowered risk of diabetes, hypertension, heart failure, breast cancer and obesity.

“While you don’t have to give up foods derived from animals completely, our study does suggest that eating a larger proportion of plant–based foods and a smaller proportion of animal-based foods may help reduce your risk of having a heart attack, stroke or other type of cardiovascular disease,” said lead researcher Casey M. Rebholz, assistant professor of epidemiology at Johns Hopkins Bloomberg School of Public Health in the US, in a statement.

“These findings are pretty consistent with previous findings about other dietary patterns, including the Dietary Approaches to Stop Hypertension, or DASH diet, which emphasize the same foods,” said Rebholz.

“Plant–based foods are high in nutrition and fibre is recommended for health, but people must ensure that it is cooked in unsaturated healthy oils and is also low in added sugars, sodium (salt). I advise people to include more fresh, unprocessed fruit and vegetables, whole grains, beans, lentils, nuts and seeds, and less meats, which should ideally be had a couple of times a week,” said Dr Ravi Kasliwal, chairman of preventive and clinical cardiology, Medanta – The Medicity.