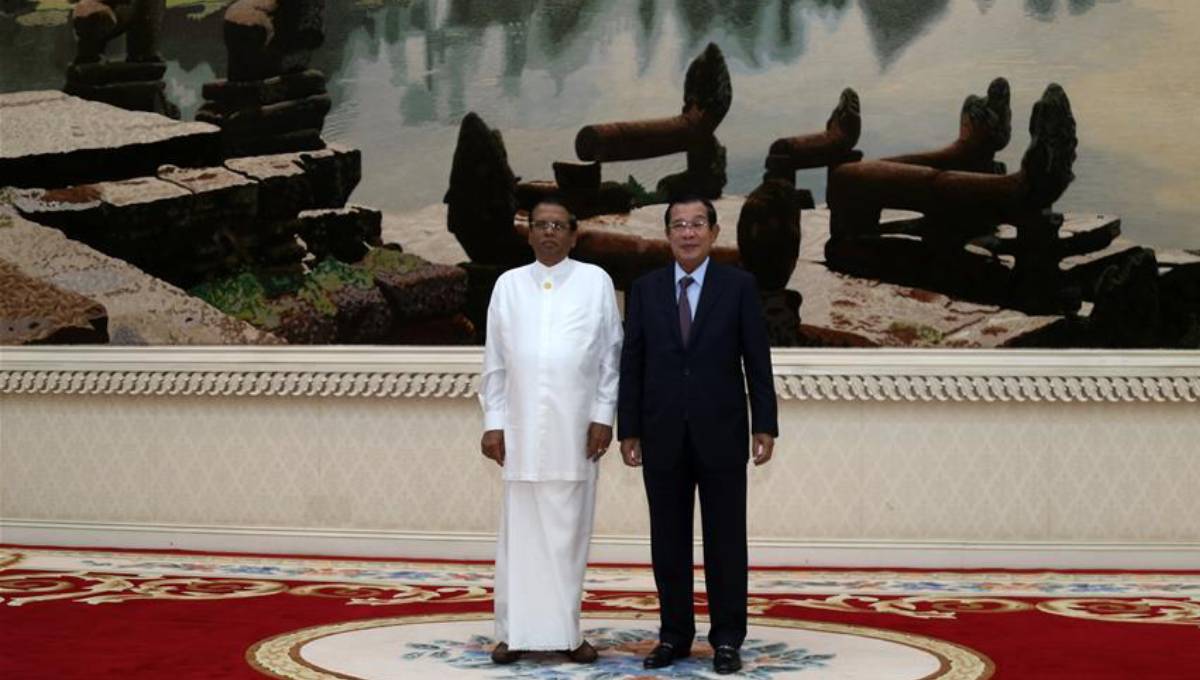 The deals are the MoU on political consultations between the two foreign ministries and the MoU on bilateral cooperation between the chambers of commerce of the two countries.

“During the meeting, the two leaders also agreed to work together to promote bilateral cooperation in education, culture, tourism, trade, and civil aviation,” Sophalleth told reporters after the meeting.

Trade volume between Cambodia and Sri Lanka is relatively low. According to a Cambodian Ministry of Commerce report, the two-way trade volume was valued at 3.9 million US dollars last year.

On the tourism side, some 2,079 Sri Lankans visited Cambodia in the first half of 2019, up 21 percent over the same period last year, said a Cambodian Ministry of Tourism data.

Sirisena arrived in Phnom Penh on Wednesday for a four-day state visit at the invitation of Cambodian King Norodom Sihamoni.