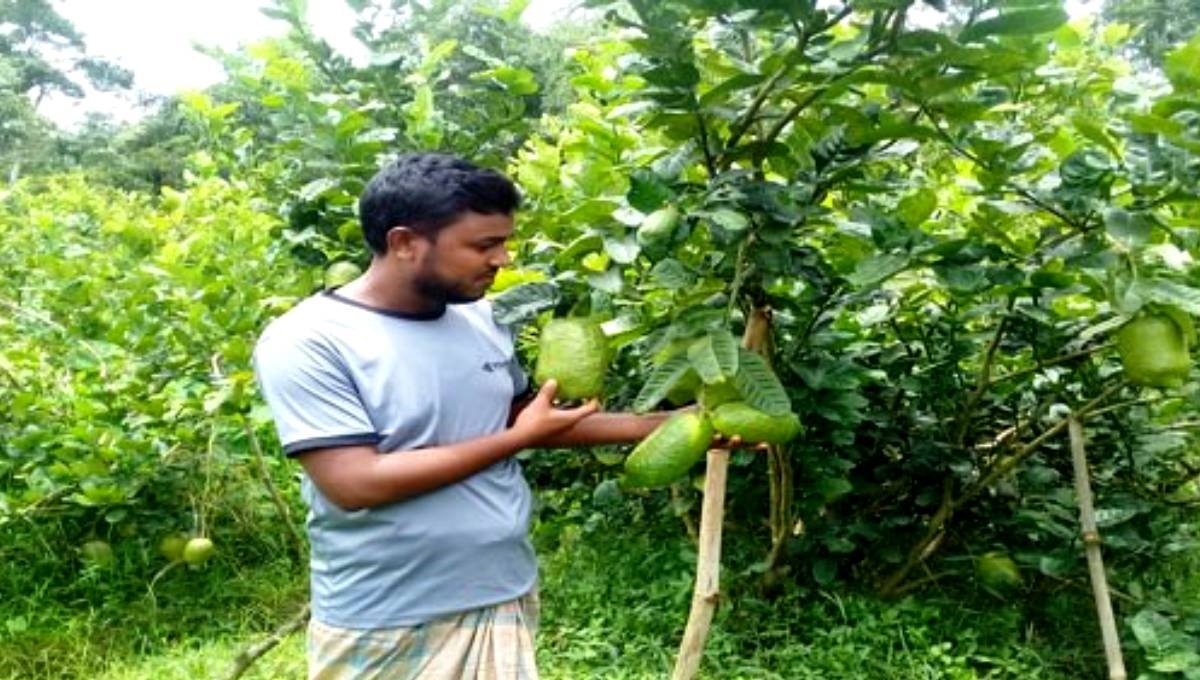 Sylhet, Aug 16 : Jara Lemon, a special kind of lemon grown by farmers in Jaintapur and Goainghat upazilas, appeares to be a profit-making fruit as it is being exported after meeting the local demand.

Its cultivation is gaining popularity among farmers as more than 200 families in the two upazilas have become self-reliant by cultivating the fruit.

Chiknagul, Haripur, and Fatehpur in Jaintapur uapzila, and Banigram in Goainghat upazila are suitable for Jara Lemon  cultivation due to its hilly lands.

It is being exported to the UK, the USA, Singapore, Qatar, Saudi Arabia, Kuwait, the UAE and other parts of the Middle East.

Abdul Jabbar, a farmer of Bagerkhal village in Jaintapur upazila, said,” We’re cultivating Jara Lemon  commercially now but our ancestors used to produce it only to meet the family need.”

Another farmer, Shamsul Islam, said they used to receive  fertilizers and insecticides from the government in the past but now they do not get any such support.

“If we get good quality seeds and necessary training, the production will be much higher than what it is now,” he added.

Shamsul further said he made a profit of  Tk 1 lakh in the current season from Jara cultivation with five labourers working in his lemon garden.

Farmers of these areas are showing more interest in Jara farming due to its high production and better prospect of making profit.

The research centre has been providing regular training and seeds to the local farmers, he added.