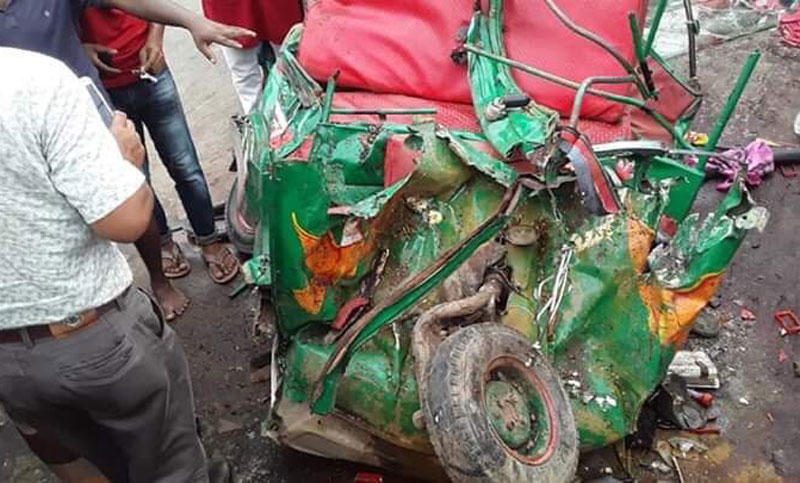 At least seven people including two women were killed and another injured as a passenger bus rammed a CNG-run auto-rickshaw on Cumilla-Noakhali regional highway at Jamtola in Lalmai upazila on Sunday noon..
The identities of the deceased and injured people could not be known yet.

The accident took place when the CNG-run auto-rickshaw crashed into the bus, leaving five auto-rickshaw passengers dead on the spot and three others injured around 12 pm, said Md Badrul AlamTalukdar, officer-in-charge of Lalmai Police Station.Two of the injured died while undergoing treatment at Baghmara Health Complex.

Police recovered the bodies and sent those to Comilla Medical College Hospital morgue.