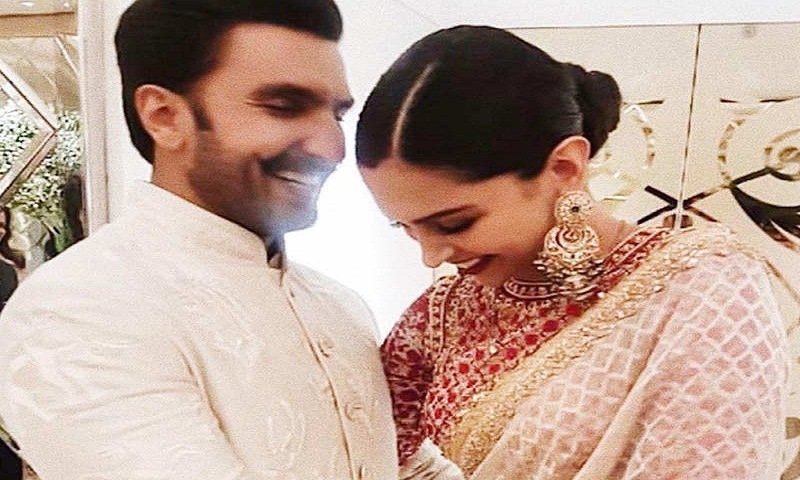 Deepika Padukone and Ranveer Singh have yet again plonked themselves on the list of trends, courtesy another example of their much talked about PDA.

Ranveer Singh recently had a live-session on Instagram, interacting with his fans, when the netizens spotted a comment sliding in from Deepika’s verified handle.

Soon enough, the Internet couldn’t handle what Deepika wrote, which led to speculation about a possible pregnancy. Amidst the sea of comments from fans, Deepika said hello to Ranveer like this: “Hi, daddie.” And that’s not it. She also added a baby emoji with a heart. Arjun Kapoor, who loves to troll his friends on Instagram, also joined the chat with a comment of his own: “Baba, Bhabhi is gonna give you one.”

While screenshots of Deepika’s comment on Ranveer’s window went viral on social media, fans started drawing their own conclusions: “Deepika is pregnant”, said a user while another added: “Arjun confirmed.” Comments such as “OMG” and “That will be awesome” and “Plus that baby emoji” also flooded Instagram.

However, there were also some netizens who tried to pacify excited fans with an explanation of sorts: “He said baby to her, that’s why she called him ‘daddie’. Baby-daddy, understand?”

Deepika Padukone and Ranveer Singh are currently in London because of their ’83 diaries. Ranveer plays the role of cricket legend Kapil Dev in the Kabir Khan-directed sports drama. Deepika Padukone features as Kapil Dev’s wife Romi Dev in the film. However, that doesn’t mean Ranveer and Deepika’s London diaries are all work and no play especially with sisters Anisha Padukone and Ritika Bhavnani in London, reports Ndtv.