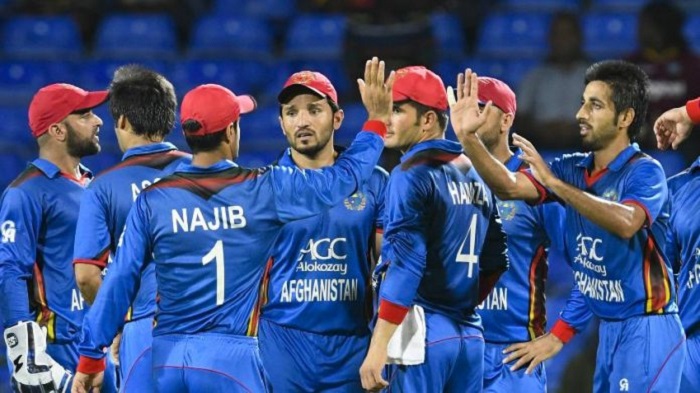 Afghanistan have made wholesale changes to their Test squad for their one-off game against Bangladesh. The selectors have dropped five players from the squad that was picked to face Ireland earlier this year in a one-off Test, including the suspended Mohammad Shahzad, and have replaced them with six names.
Shapoor Zadran, the tall left-arm seamer, who was once a vital cog in the Afghanistan ODI setup, is among the six names to have been included for the one-off Test. The rest of them include young left-arm spinner Zahir Khan, who made his ODI debut against Ireland earlier this year, seamer Sayed Shirzad, wicketkeeper-batsman Afsar Zazai, who made his Test debut against India last year and uncapped players Ibrahim Zadran and Qais Ahmad.

18-year-old wicketkeeper-batsman Ikram Ali Khil, who impressed in Afghanistan’s final World Cup round robin game against West Indies, also retains his spot. However, the youngster has not been picked in the 17-man squad for the T20I tri-series featuring Bangladesh and Zimbabwe.Usman Ghani, Zahir Khan, Ziaur Rahman and experienced campaigner Samiullah Shinwari have been left out of the squad that played Ireland in Afghanistan’s most recent T20I assignment. Gulbadin Naib, who led Afghanistan in the World Cup, Naveen-ul-Haq, who led Afghanistan in the Under-19 World Cup last year and the uncapped trio of Shahidullah Kamal, Fazal Niazai and Rahmanullah Gurbaz have been picked for the tri-series.

Legspinner Rashid Khan, who was earlier named captain across all formats, will lead the side in the one-off Test and in the tri-series. The Test match will begin on September 5 in Chattogram with the tri-series scheduled to kick-off on September 13.

Maradona tributes the backdrop as rattled Napoli aim to bounce back