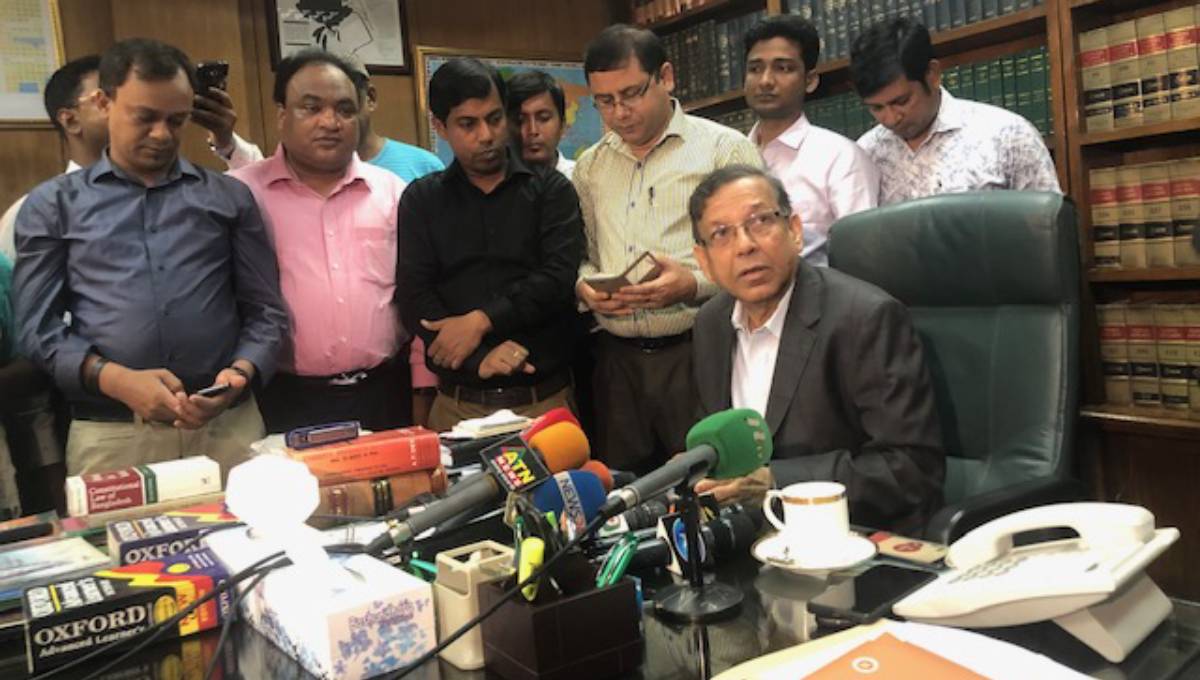 Dhaka, Aug 21 : Law Minister Anisul Huq on Wednesday said the appeal hearing in the August 21 grenade attack case will start within the next two to four months.

“The verdict’s paper book is being prepared and it’ll be finalised very soon,” he told reporters at the Secretariat.

“It’s taking time since testimonies of 225 witnesses were recorded,” he explained. “We hope the appeal hearing will start within this year.”

On this day in 2004, a grenade attack was carried out on an Awami League rally at Bangabandhu Avenue when the BNP-Jamaat alliance was in office. Sheikh Hasina, the then leader of the opposition, was apparently the target.

A Dhaka court on October 10 last year sentenced 19 people, including former state minister for home affairs Lutfozzaman Babar, to death. Tarique Rahman, the eldest son of BNP Chairperson Khaleda Zia, and 18 others were sentenced to life in prison.

Responding to a question about the fugitive convicts, Anisul said: “The process to bring them back is on but there’s some complexity.”

He declined to comment when asked about the government’s plan to bring back Tarique.