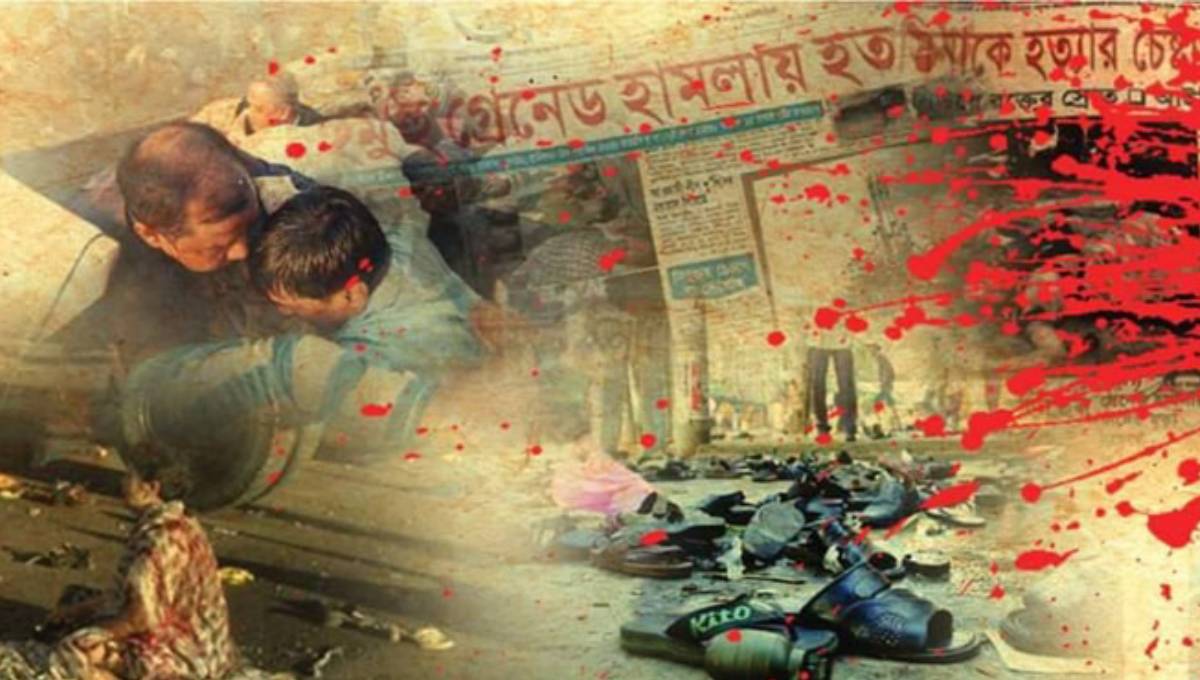 Dhaka, Aug 21 : The country is observing the 15th anniversary of the August 21 grenade attack on an Awami League rally in the city with a heavy heart.

Awami League and its associate bodies are marking the day as the ‘Grenade Attack Day’ with elaborate programmes. Besides, partners of 14-party alliance’s socio-cultural and professional organisations will observe the day through various programmes.

On this day in 2004, a grisly grenade attack was carried out on an anti-terrorism rally arranged by Awami League at Bangabandhu Avenue. Sheikh Hasina, the then leader of the opposition, was apparently the target.

The BNP-Jamaat alliance government was in office at that time.

Tarique Rahman, the eldest son of BNP Chairperson Khaleda Zia and the party’s current acting chairman, and 18 others were sentenced to life in prison.

Marking the anniversary of the attack, the Awami League and its associate bodies will place wreaths at a makeshift altar in front of the party’s central office at Bangabandhu Avenue.

A discussion will be held at the city’s Krishibid Institution of Bangladesh in the afternoon chaired by Awami League President and Prime Minister Sheikh Hasina.