‘Khaleda had kept message ready to condole my death’ 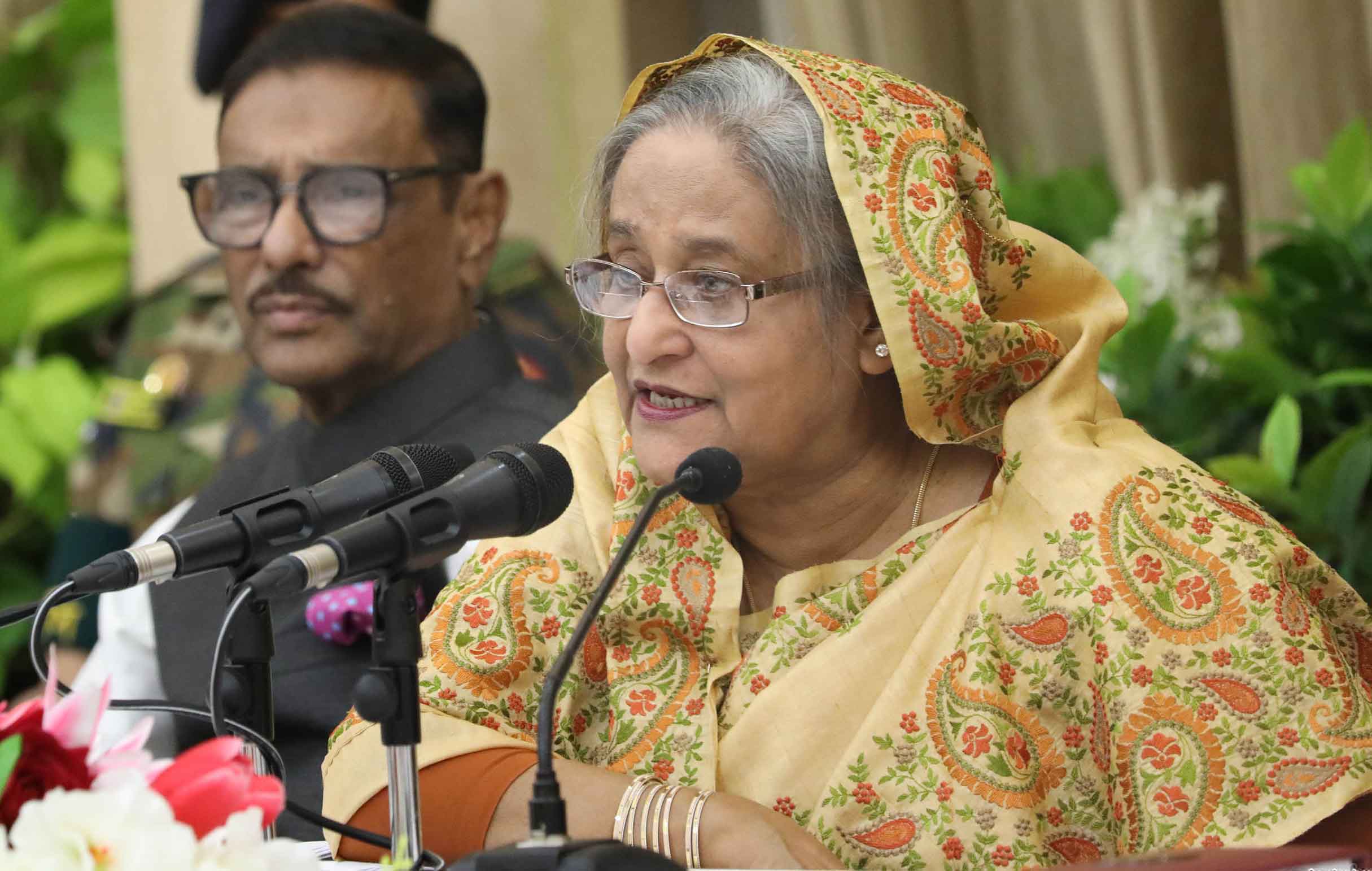 Dhaka, Aug 21 : Alleging that the then BNP-Jamaat government was involved in the grisly August 21 grenade attack in 2004, Prime Minister Sheikh Hasina on Wednesday said it is not possible to carry out an attack of such scale without government’s patronage.

“Such an incident (grenade attack) cannot take place in broad daylight without the patronage of the then BNP-Jamaat coalition who was in power at that time,” she said while addressing a discussion marking the 15th anniversary of the August 21, 2004 grenade attack.

Awami League (AL) organised the event at the auditorium of Krishibid Institution Bangladesh.

Sheikh Hasina said she was not supposed to survive the attack and even the then government did not think so. “I wasn’t supposed to remain alive. They (govt) also didn’t think that I would remain alive. I know many things. Those who carried out the attack took shelter in a place from where a phone call was made to know whether I was killed,” she said.

“Khaleda Zia (then PM) perhaps also had kept a condolence message ready so that she can issue it soon after my death,” she added.

Referring to some remarks made by Khaleda Zia before the grisly grenade attack and planting of twin bombs — one of 76 kg and another of 84 kg — in Kotalipara, the Prime Minister said, “Before every attack, Khaleda Zia used to say that Awami League won’t be able to go to power in 100 years. And right before the grenade attack, she said even Sheikh Hasina can never be the leader of the opposition, let alone the Prime Minister, as she knew beforehand I would be killed on August 21,” she said.

Sheikh Hasina further said, “She (Khaleda Zia) now faces the curse she put on me.”

She said the then Prime Minister was not made accused although she extended direct cooperation in this regard. “She was the Prime Minister and the home minister at that time. She can’t shirk her responsibility.”

The Prime Minister also mentioned Tarique Rahman’s stay in his father-in-law’s residence at Dhanmondi-5 for 10 months before leaving it on August 15 before the grenade attack. “Why did he stay there and what was his business there?”

Noting that the BNP-Jamaat government killed and tortured thousands of AL leaders and activists, she said Ziaur Rahman started the killing and later HM Ershad and Khaleda Zia followed him so that Awami League could never come to power.

Hasina said she escaped death time and again, but never got scared and would not be in the future, too, as she learned it from her father – Bangabandhu Sheikh Mujibur Rahman- who used to say he had not learnt to bow down to anyone but Allah.

“AL leaders and activists saved me from the clutches of death many times creating human shields,” she said adding that many party men scarified their lives for her.

Turning to the heinous grenade attack, the Prime Minister said they had never thought that the grenades which are used in a war can be used targeting a rally of a political party.

She alleged that on the day, their leaders and activists were not allowed to get on rooftops of nearby buildings to provide security as volunteers. “Even, police deployed to ensure security to the rally were inactive.”

After the attack, she said, police lobbed teargas shells and charged button on AL leaders and workers instead of rescuing the victims.

Noting that a grenade was found in Dhaka Central Jail after the attack, the Prime Minister said attackers might have been brought from the jail. “They (the plotters) brought some criminals from the jail through ambulances in the name of providing them treatment and sent them back to the jail again,” she said.

No one came to receive the bodies of two unidentified men who were killed in the attack, Hasina added.

The then government destroyed the evidence of the gruesome attack and an army officer lost his job as he wanted to preserve an unexploded grenade used in the attack, she said. “They tried to erase all the evidences of the attack.”

The Prime Minister also said without tracking the real culprits, the BNP-Jamaat government staged the Joj Mia drama to give it another colour.

She also said even BNP-Jamaat-backed doctors did not attend the injured AL leaders and workers at Dhaka Medical College Hospital and no patient was allowed to enter Bangabandhu Sheikh Mujibur Medical University.

But, she took initiatives to rescue the injured and ensure their treatment through sending them to different hospitals, she said.

At the beginning of the programme, a one-minute silence was observed as a mark of profound respect to the memories of the massacre victims.

The barbaric grenade attack was carried out on an anti-terrorism rally of Awami League on Bangabandhu Avenue in the capital on August 21, 2004 during the BNP-Jamaat government aiming to wipe out the AL leadership.

Twenty-four people, including then president of Mohila Awami League and late President Zillur Rahman’s wife Ivy Rahman, were killed and over 500 others suffered splinter injuries in the grisly attack and many of them became crippled for life.

Sheikh Hasina, the then opposition leader, narrowly escaped the attack but sustained hearing impairment due to the impact of the repeated grenade blasts near the truck-dais of the huge public rally. The AL men saved her life creating a human shield surrounding her.