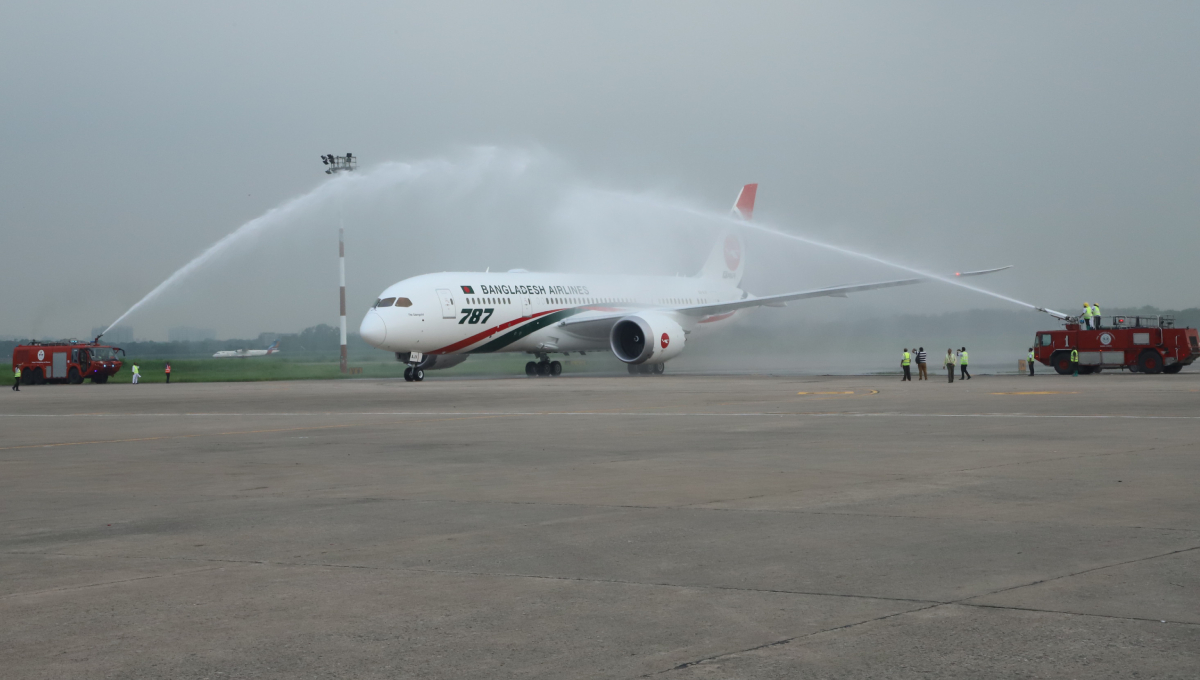 Dhaka, Aug 22 : The third Boeing 787-8 Dreamliner ‘Gaanchil’ was inducted to the fleet of Biman Bangladesh Airlines after Prime Minister Sheikh Hasina inaugurated the aircraft on Thursday.

She commissioned ‘Gaangchil’ by cutting ribbon at around 11:30am at Hazrat Shahjalal International Airport.

The Prime Minister boarded and inspected the state-of-the-art.

On the occasion, a special munajat was offered seeking blessings of Almighty Allah for the continued peace, prosperity and progress of the country.

Gaangchil’s maiden flight is scheduled for 5:30pm on Thursday to Abdu Dhabi.

The third Boeing 787-8 Dreamliner, the 15th aircraft of the national flag carrier, was added to the Biman’s fleet on July 25. It arrived in Dhaka from the Seattle’s Boeing Factory in the afternoon on the day.

The new aircraft has been designed as 20 percent fuel efficient carrier compared to the other aircraft and it can fly 16 hours nonstop with an average speed of 650 miles per hour. It provides passengers with WiFi facilities at a height of 43,000 feet.

The fourth Dreamliner ‘Rajhangsha’, the last one of the 10 new aircraft, will be added to Biman’s fleet next month, the sources said.

The prime minister named all the Dreamliners, they said.