UN: Possible to eradicate malaria, but probably not soon 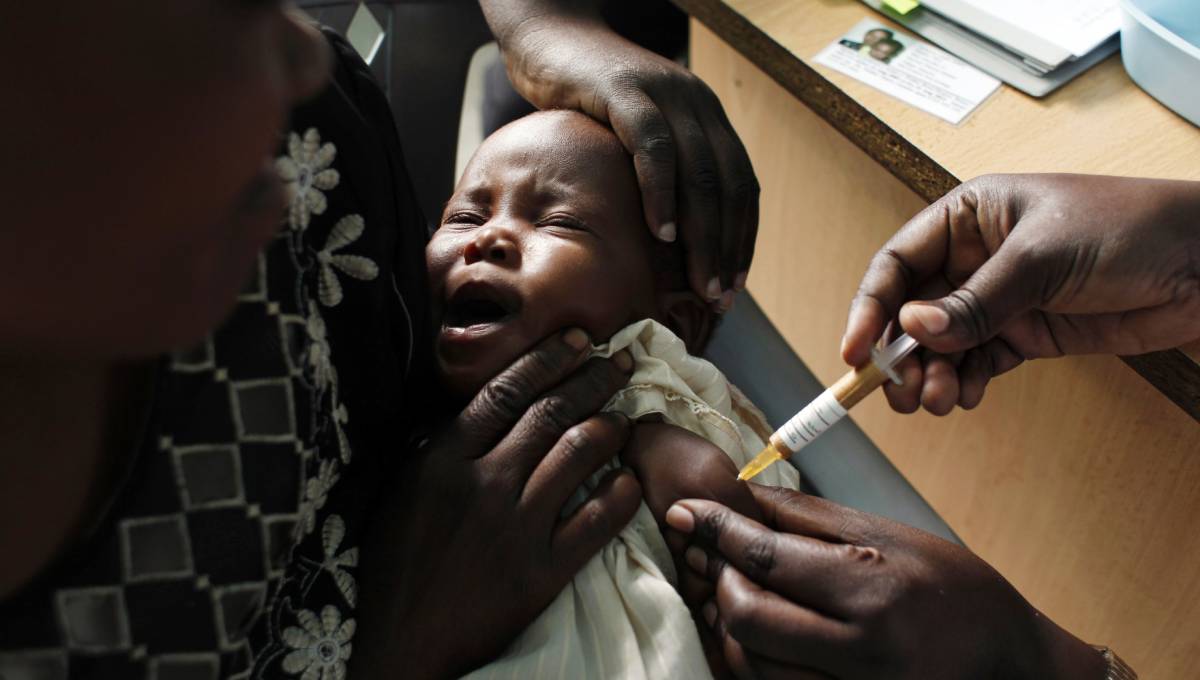 Photo: In this Oct. 30, 2009 file photo, a mother holds her baby receiving a new malaria vaccine as part of a trial at the Walter Reed Project Research Center in Kombewa in Western Kenya.

London, Aug 23 : The World Health Organization says it’s theoretically possible to wipe out malaria, but probably not with the flawed vaccine and other control methods being used at the moment.

Dr. Pedro Alonso, the U.N. health agency’s global malaria director, said WHO is “unequivocably in favor” of eradication, but that major questions about its feasibility remain. In a press briefing on Thursday, Alonso acknowledged that “with the tools we have today, it is most unlikely eradication will be achieved.”

Alonso was presenting the results of a WHO-commissioned report evaluating if eradicating malaria should be pursued. He said the experts concluded lingering uncertainties meant they were unable to formulate a clear strategy and thus, couldn’t propose a definitive timeline or cost estimate for eradication.

WHO has long grappled with the idea of erasing malaria from the planet. An eradication campaign was first attempted in 1955 before being abandoned more than a dozen years later. For decades, health officials were chastened from even discussing eradication — until the Bill and Melinda Gates Foundation threw its considerable resources behind the idea.

Smallpox is the only human disease to ever have been eradicated. In 1988, WHO and partners began a global campaign that aimed to wipe out polio by 2000. Despite numerous effective vaccines and billions of invested dollars, efforts have stalled in recent years and officials have repeatedly missed eradication targets.

Although several African countries began immunizing children against malaria in national programs this year, the shot only protects about one third of children who get it. The parasitic disease kills about 435,000 people every year, mostly children in Africa.

“An effective vaccine is something we desperately need if we’re ever going to get malaria under control and we just don’t have it,” said Alister Lister, dean of biological sciences at the Liverpool School of Tropical Medicine.

Lister also raised concerns about whether malaria programs would be able to raise the billions needed given other competing eradication campaigns, like those for polio, guinea worm and lymphatic filariasis.

“Should we really be pushing for malaria or should we concentrate on getting some of those other diseases out of the way first?” he asked.

Other experts agreed that eradicating malaria in the coming years seems aspirational.

“It’s a long game and there will be many bumps on the road,” said Sian Clarke, co-director of the malaria center at the London School of Hygiene and Tropical Medicine. Still, Clarke said that eradication might only be achieved if there is a sense of urgency, given how malaria spreads; the parasitic disease is transmitted to people by mosquitoes.

Blood test ‘can check for more than 50 types of cancer’

US regulator approves limited use of malaria drugs for Covid-19

CORONAVIRUS: NEW RULES ON STAYING AT HOME AND AWAY FROM OTHERS

Physicians call for building kidney disease awareness ahead of WKD