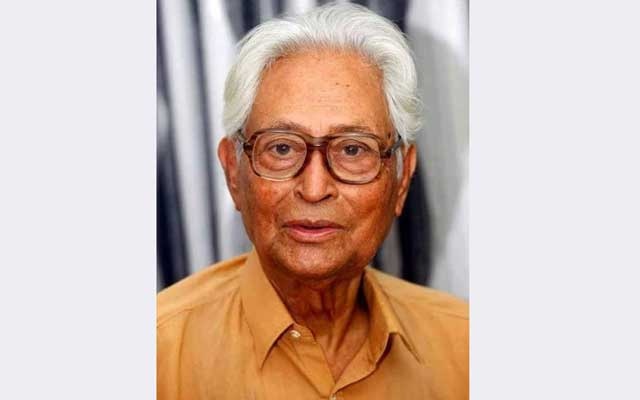 Dhaka, Aug 22 : Muzaffar Ahmed, who was part of the wartime Bangladesh government in exile and a close friend of Bangabandhu Sheikh Mujibur Rahman, died at a hospital in the capital on Friday night.

The 98-year-old was admitted to hospital recently with old age complications.

The chief of National Awami Party (NAP) breathed his last around 7:50pm while being treated at the ICU of Apollo Hospital, his niece Anwara Begum said.

Muzaffar, born on April 14, 1922 in Debidwar upazila of Cumilla, taught at Dhaka College and Dhaka University. He took part in the 1952 Language Movement.

He was one of the organisers of NAP, CPB and guerilla force of the student union. After the independence, he was elected an MP in 1979 and contested the 1981 presidential polls.

In a message, the President prayed for the salvation of the departed soul and extended condolences to the bereaved family.

Prime Minister Hasina, in a separate message, expressed deep shock and sorrow at the death of Prof Mozaffar.

She described his role in the Liberation War and various democratic movements of the country in his long political life.

“The Nation will forever remember his contribution in the progressive politics of the country,” the Prime Minister said.

Sheikh Hasina prayed for the eternal salvation of the departed soul and expressed sympathy to the bereaved family.