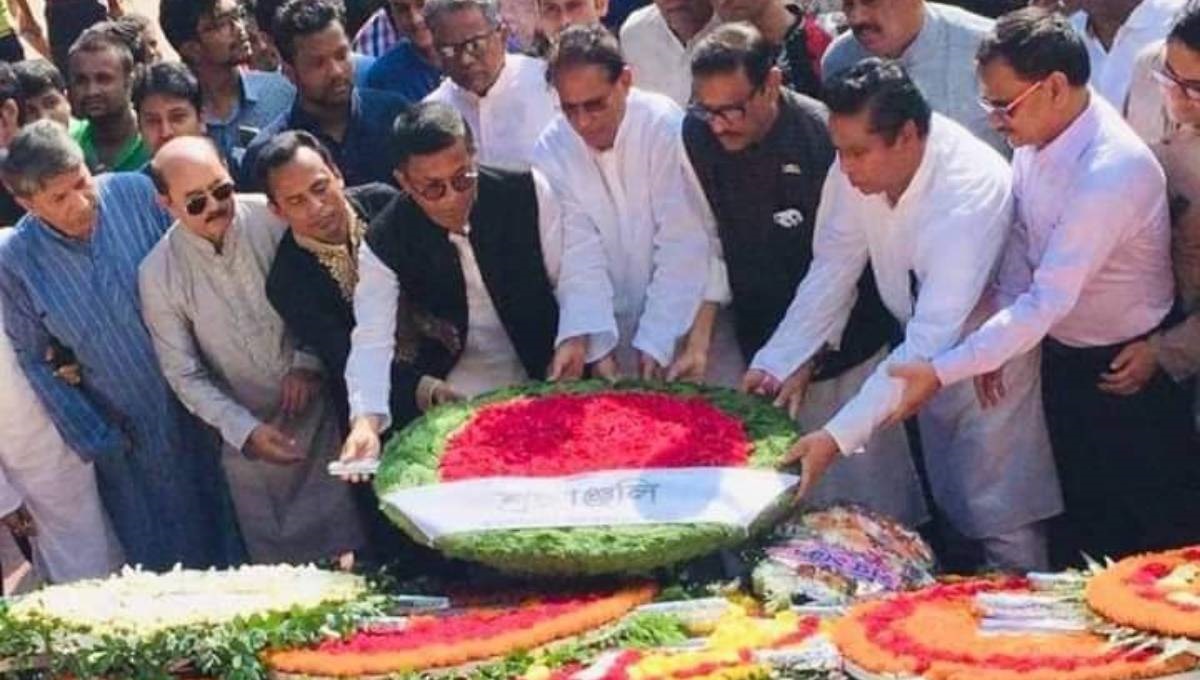 AL General Secretary Obaidul Quader placed a wreath at the poet’s grave by the Dhaka University Central Mosque around 8:30am.

He called for building a non-communal Bangladesh upholding the spirit of Nazrul.