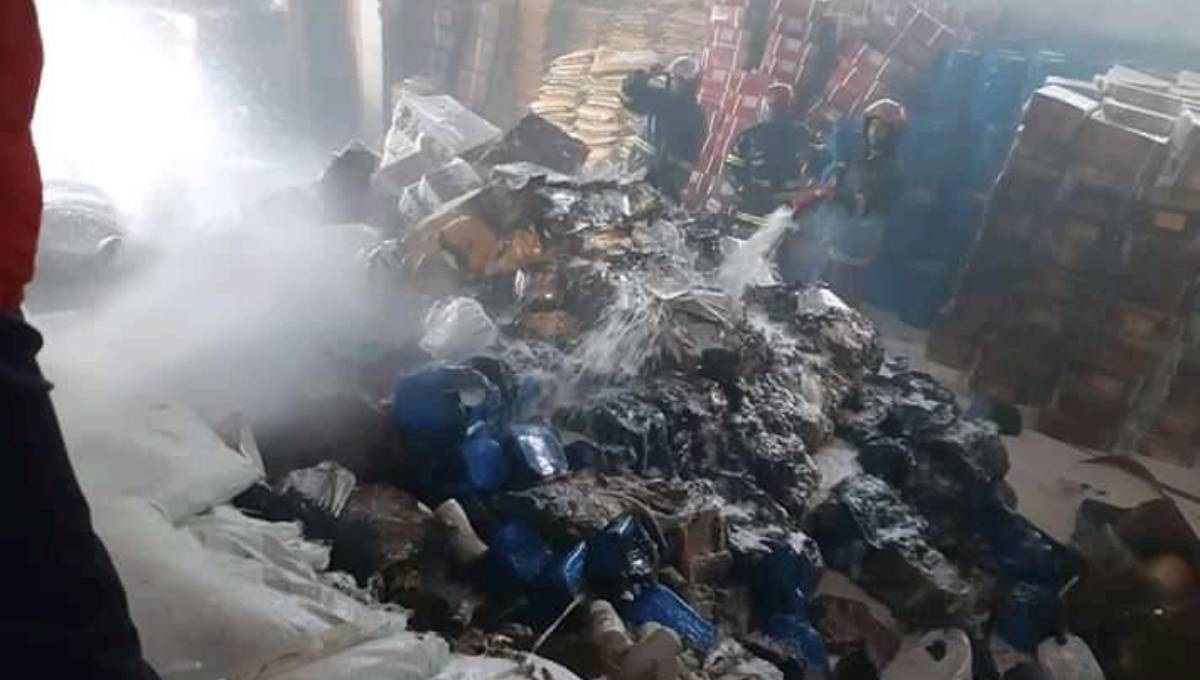 Benapole, Aug 27 : A chemical warehouse was gutted in a fire at Benapole port on Tuesday morning.

Witnesses said the fire originated at Shed-35 of the port around 9am.

On information, firefighters rushed in and brought the fire under control after frantic efforts of one hour.

Warehouse in-charge Monir Hossain said they noticed fire soon after opening it and informed the port director and the fire service of it.

Meanwhile, the port authorities formed a seven-member committee to probe the fire.

The investigation committee formed with deputy director Abdul Jalil as its head was asked to submit its report within 15 days.

Port director Pradosh Kanti Das said huge goods were gutted by the fire. “Things will be clear after getting the probe committee report,” he said.