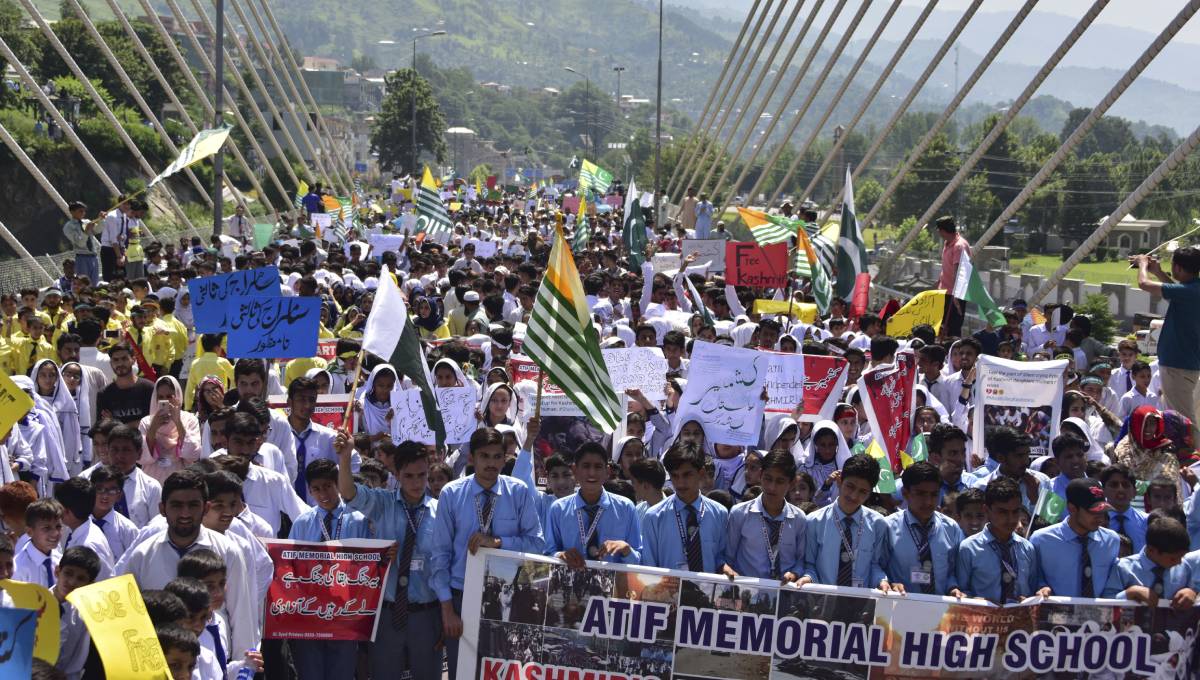 
Pakistan, Aug 28 : More than a thousand students rallied Tuesday in the capital of Pakistan-held Kashmir to denounce India’s downgrading of the special status of the portion of the disputed region it controls.

The demonstrators chanted “We want freedom” and denounced human rights violations in Indian-administrated Kashmir. Kashmir, which is split between two countries and claimed by both, has been the cause of two of wars between Pakistan and India since they won independence from British colonialists in 1947.

The rally in Muzaffarabad came a day after Pakistani Prime Minister Imran Khan vowed to globally highlight the issue of Kashmir. He will address the U.N. General Assembly on Sept. 27 to highlight what he calls “Indian atrocities” in Kashmir.

Meanwhile, Pakistan’s military accused Indian troops of firing across the Line of Control in the Kashmir region Tuesday, killing two civilians and wounding three others.

In a statement, it said the dead included a 45-year-old man and a 3-year-old girl.

The Indian fire also burnt three homes in the village of Nekrun near the frontier on Pakistani side of Kashmir, it said.

Pakistan and India often exchange fire in the Himalayan region, but tensions have increased since Aug. 5 when New Delhi changed the status of Indian-administered Kashmir, stripping it of its constitutional autonomy.

The army did not say whether it returned fire and there was no immediate comment from India.

AP Explains: Why India cases are rising to multiple peaks