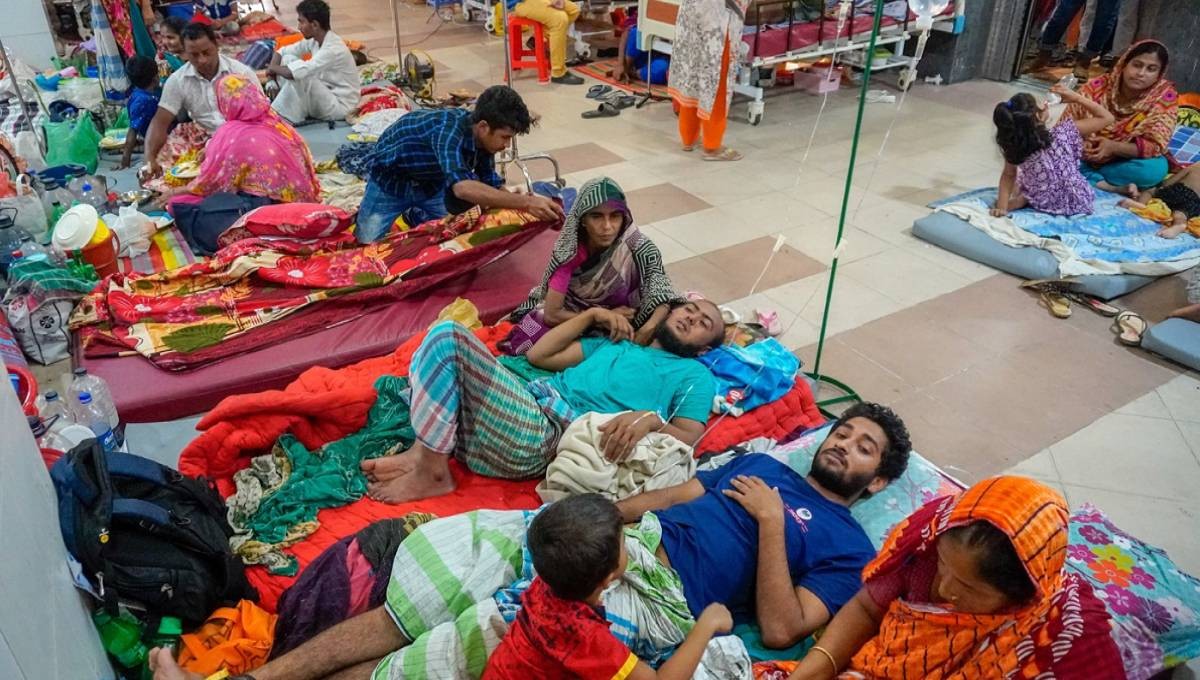 The court asked the authorities concerned to file a report on the progress on October 16.

On Monday, the court said an order would be issued on Wednesday on forming a committee to find out those responsible for failure to exterminate aedes.

But on Wednesday, both the state and the city corporation told the court that forming a committee now will hamper the mosquito extermination work. The court then decided not to issue any order to form the body.

Bangladesh has been struggling to contain the dengue outbreak this year with 66,064 patients hospitalised since January 1. Of them, 60,569 were discharged after recovery.

In 24 hours till 8am on Tuesday, 1,299 new dengue patients were hospitalised. Currently, 5,322 people are being treated at different hospitals and clinics, the government said. Of them, 2,999 are in Dhaka and 2,323 outside the capital.

Dengue, a mosquito-borne viral infection, causes flu-like illness, and occasionally develops into a potentially lethal complication called severe dengue. About half of the world’s population is now at risk, the WHO says.

Southeast Asian countries are seeing huge increases in fatal dengue cases this year. There is no specific treatment for dengue or severe dengue, but early detection and access to proper medical care lowers fatality rates below one percent.

Bangladesh has so far confirmed the death of 52 people from dengue after reviewing the death of 88 people. Two people, including a woman, died of dengue in Khulna and Mymensingh on Wednesday.